It’s time to look at some of the most logistically-challenging pieces of the West Corridor project: the relocated Burnham Yard Lead and the associated Consolidated Mainline (CML) Bridge. This essential piece of the project allows the light rail trains to cross high above the numerous coal trains travelling north and south along the freight tracks and access the rest of the corridor to the west.

The Burnham Yard is located directly west of the 10th & Osage light rail station (near the Buckhorn Exchange). It holds the numerous locomotives that you can see from both the train and platform at that station. The lead is essential to the yard, as obviously, that is the only way in which the massive locomotives can access the yard – it’s essentially the train’s driveway. With the light rail alignment planning to cross the railroad right-of-way, the lead needed to be relocated. The result is seen below in the map. The red line is the CML, the yellow is the realigned Burnham Yard Lead, and the blue line is the existing Central Corridor light rail line. You can see the tight space that lead needed to be relocated in. 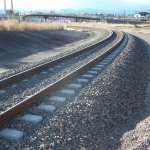 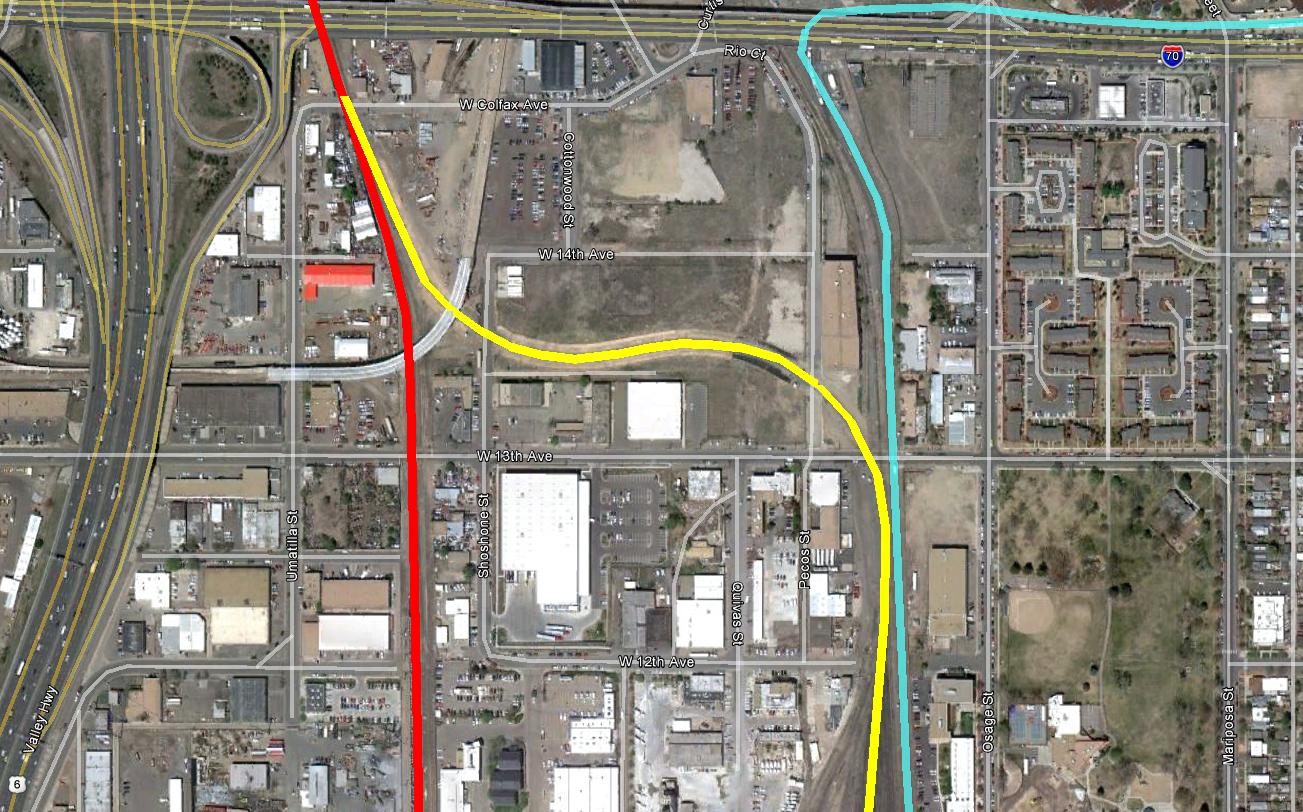 The light rail trains will head south from the Auraria West Station (covered in the last post) and  up and over the CML Bridge. In the last major West Corridor update, I showed some of the progress in constructing the bridge. It’s now close to completion – the Overhead Catenary System (OCS) looks to be almost complete, tracks are down, and the bridge has even been painted. The bridge will require the light rail trains to slow to a maximum of 20 mph because of its curved design. 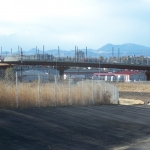 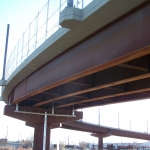 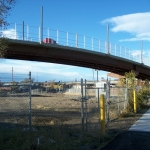 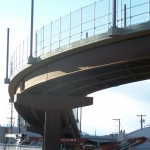 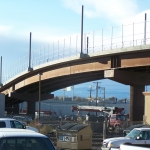 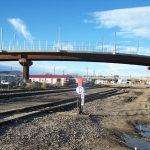 Curved bridges such as this will try to twist between supports as trains pass over, so a complex  system of cross frames and bottom-flange lateral bracing was used to stiffen the bridge and help transfer loads. 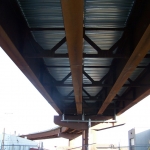 There are five spans, the longest reaching 180 feet. The bridge contains 60,000 cubic feet of concrete and 400,000 pounds of reinforcing steel. The bridge will weight over 9 million pounds. The bridge starts to descend over Umatilla Street and travels underneath an existing bridge at I-25 to travel further west. As the train travels underneath I-25, it’s still about 6 feet above the ground. This is due to the maximum grades the trains can travel on. 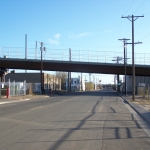 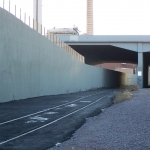 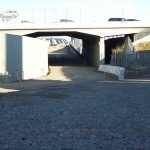 From here, the trains will travel west across the South Platte River to access the Decatur-Federal Station, site of a lot of infrastructure improvements. We’ll take a look at those in the next post. Until then, have a safe and happy new year!