As you probably saw on the news yesterday (and oddly not on the front page of the Denver Post), RTD received a $1 BILLION Full Funding Grant Agreement (FFGA) for the Eagle Project from the Department of Transportation (USDOT)  and Federal Transit Administration (FTA). RTD held a FFGA signing and Gold line groundbreaking ceremony out in Olde Town Arvada yesterday afternoon, which was extremely well attended.

I won’t repeat what I’m sure everyone heard or read yesterday, but no one failed to mention (again and again) how monumental and important FasTracks is for the entire metro area.

I’ll share some dignitary sightings from the ceremony. On hand (among others obviously) were Governor John Hickenlooper, USDOT Secretary Ray LaHood, FTA Administrator Peter Rogoff, Congresswoman Diana DeGette, Congressman Ed Perlmutter, Denver Mayor Michael Hancock, RTD General Manager Phil Washington, and county commissioners from both Adams and Jefferson Counties. Take a look at some of the pictures below. These are courtesy of my friend Mark Tieman (since I forgot my camera). 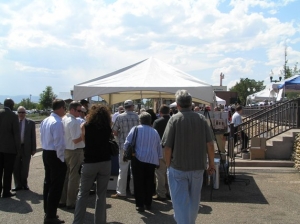 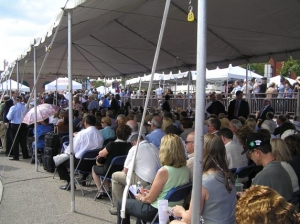 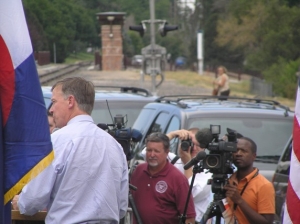 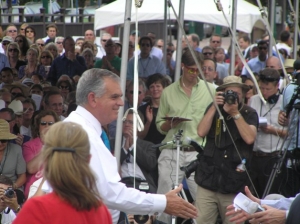 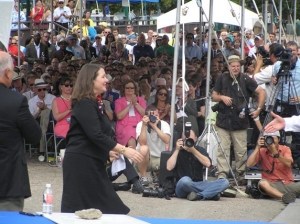 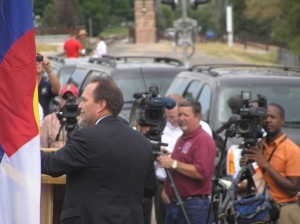 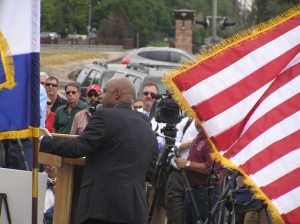 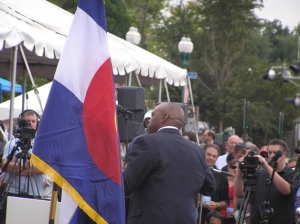 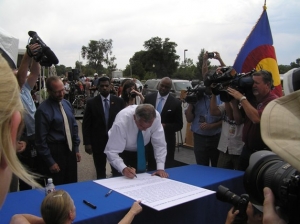 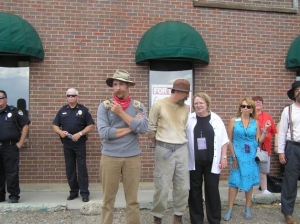 This is HUGE for moving FasTracks forward and for the region. While this doesn’t shrink the nearly $2.5 billion budget gap FasTracks faces, this does move a huge chunk of the program forward and bring it closer to reality. With the receipt of the FFGA ($1,030,000,045 to be exact) you should see utility relocation work and other pre-construction activities within about 6 months and major construction along the Gold Line later next year. Keep an eye out for an Eagle Project update – it is in the works.