Down by the River, Part II

Back in December, 2010, I profiled the projects around the confluence of the South Platte River and Lakewood Gulch that are widening the river south of Mile High Stadium for flood-control purposes, expanding the gulch as a park/open space, providing room for infrastructure for RTD’s West Corridor light rail, rebuilding outdated bridges, and improving multi-use trails along both waterways. The projects, a coordinated effort by several entities including the City & County of Denver, RTD, CDOT, and the Urban Drainage & Flood Control District, are transforming a once hard-to-reach industrial area into a more accessible and aesthetic area at the southwestern edge of Downtown Denver. Please read the post from December 2010 for the background on these projects. Today, I’m providing a photo update as these projects near their completion.

The widening and deepening of the South Platte River for flood-control is mostly completed. The final stretch of the river within the project boundary, just north of 8th Avenue, is still undergoing its reconstruction. The area around 13th Avenue and Xcel Energy’s Zuni power plant is mostly finished.

First, here’s a view looking south from the 13th Avenue bridge over the Platte looking south. On the left is the December 2010 photo, on the right a photo from July 2011 showing the “new” Platte River in its wider configuration: 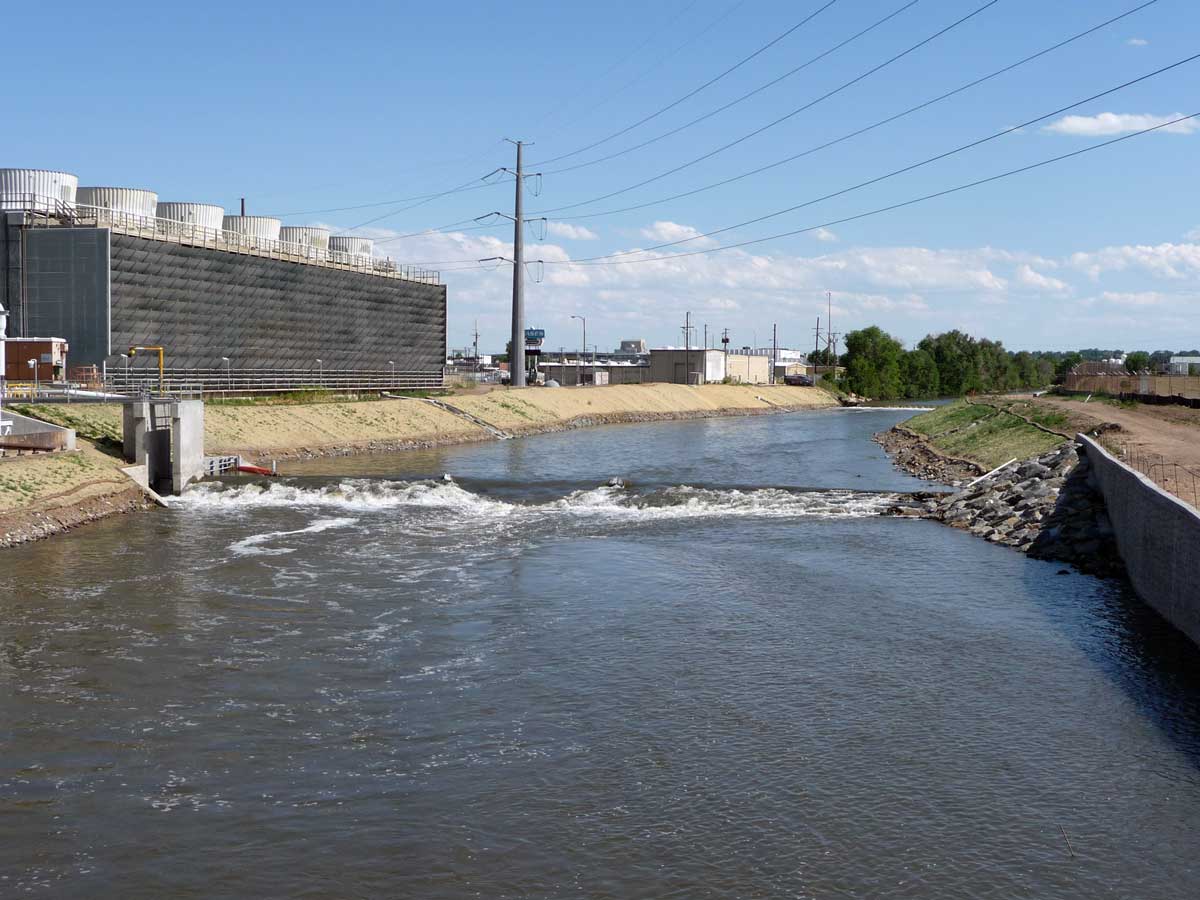 Next, the area around RTD’s light rail bridge over the Platte has also changed. The top photos are from 12/2010, the bottom photos are from 07/2011. The photos on the left show the approach to the light rail bridge over the Platte looking east. The photos on the right show the new Platte River and the RTD bridge. These photos were all taken from the 13th Avenue bridge looking north: 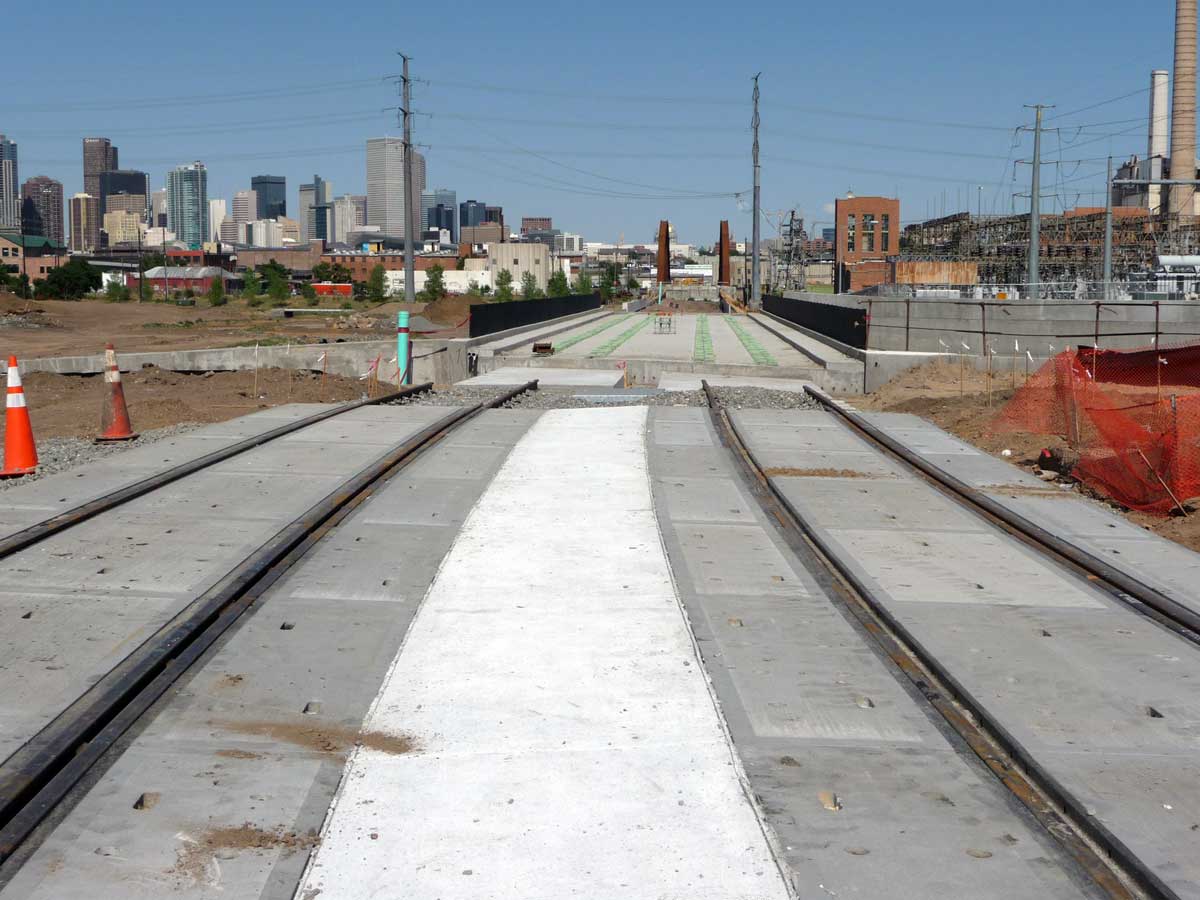 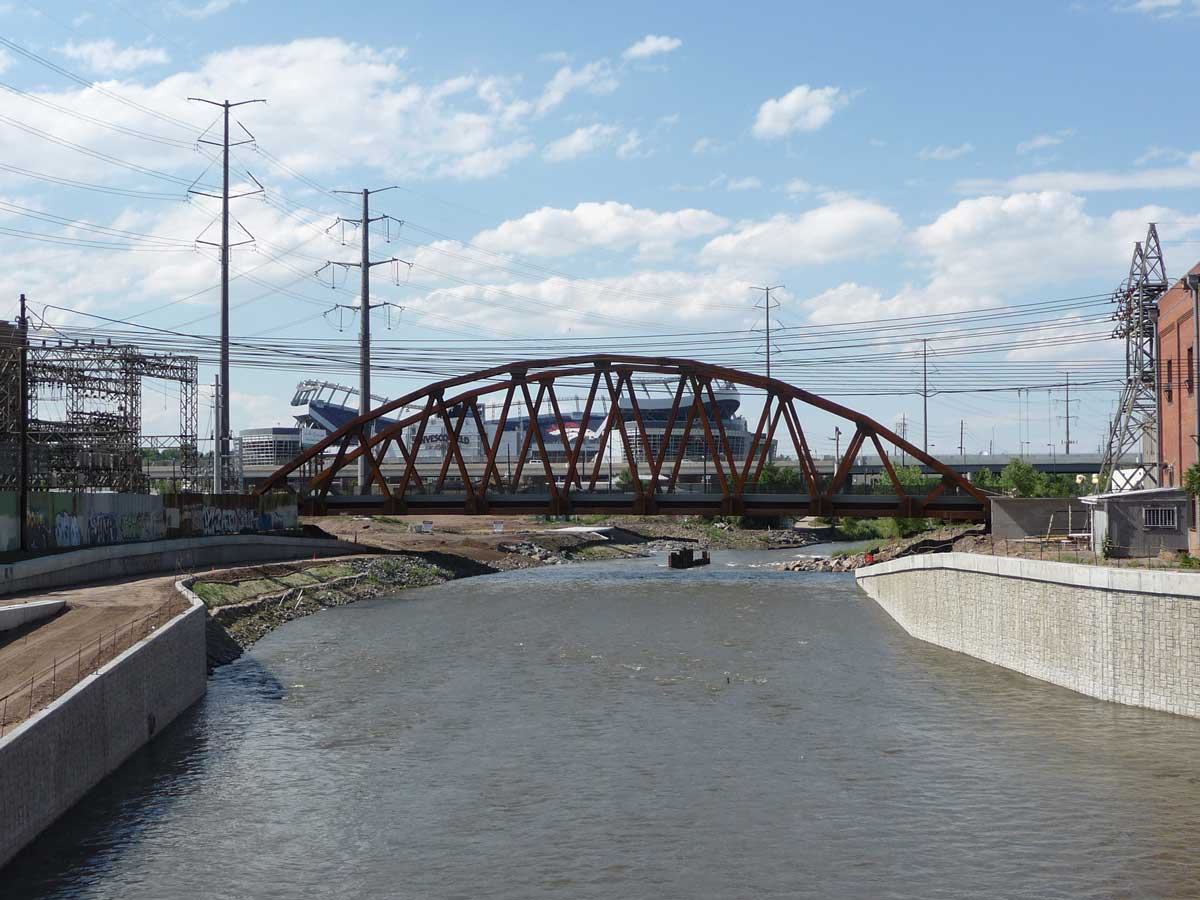 The biggest area of change since last December is along Lakewood Gulch between Federal Boulevard and the South Platte River. That stretch of the gulch had been channelized into a narrow ditch that ran through an industrial area including a big warehouse-like building (known as the Decatur Shops) owned by the City. That facility has been relocated, the building demolished, and in its place an expansion of the Lakewood Gulch open space and Rude Park, plus RTD’s light rail corridor.

Left: View looking west towards the new Federal Boulevard bridge over Lakewood Gulch. On the right side of the photo is the retaining wall for RTD’s West Corridor light rail. 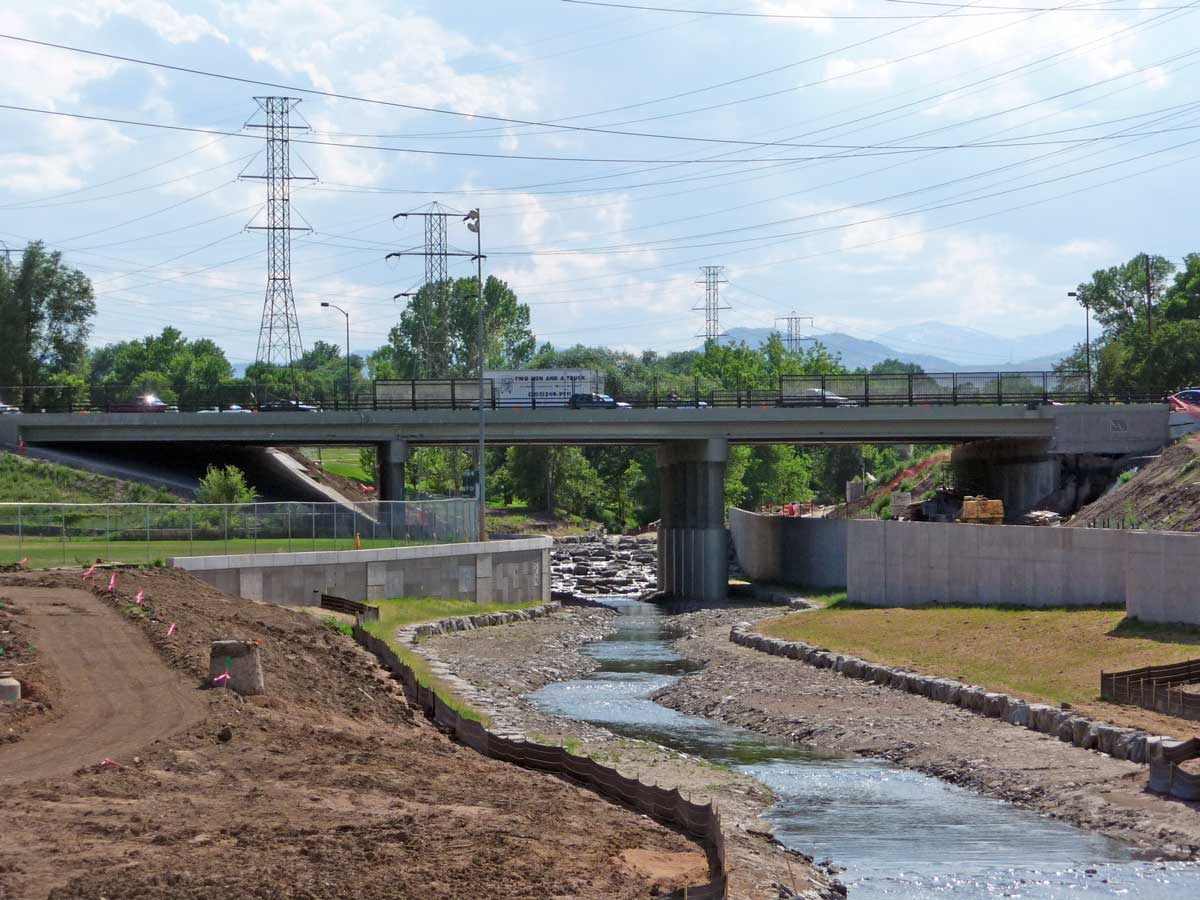 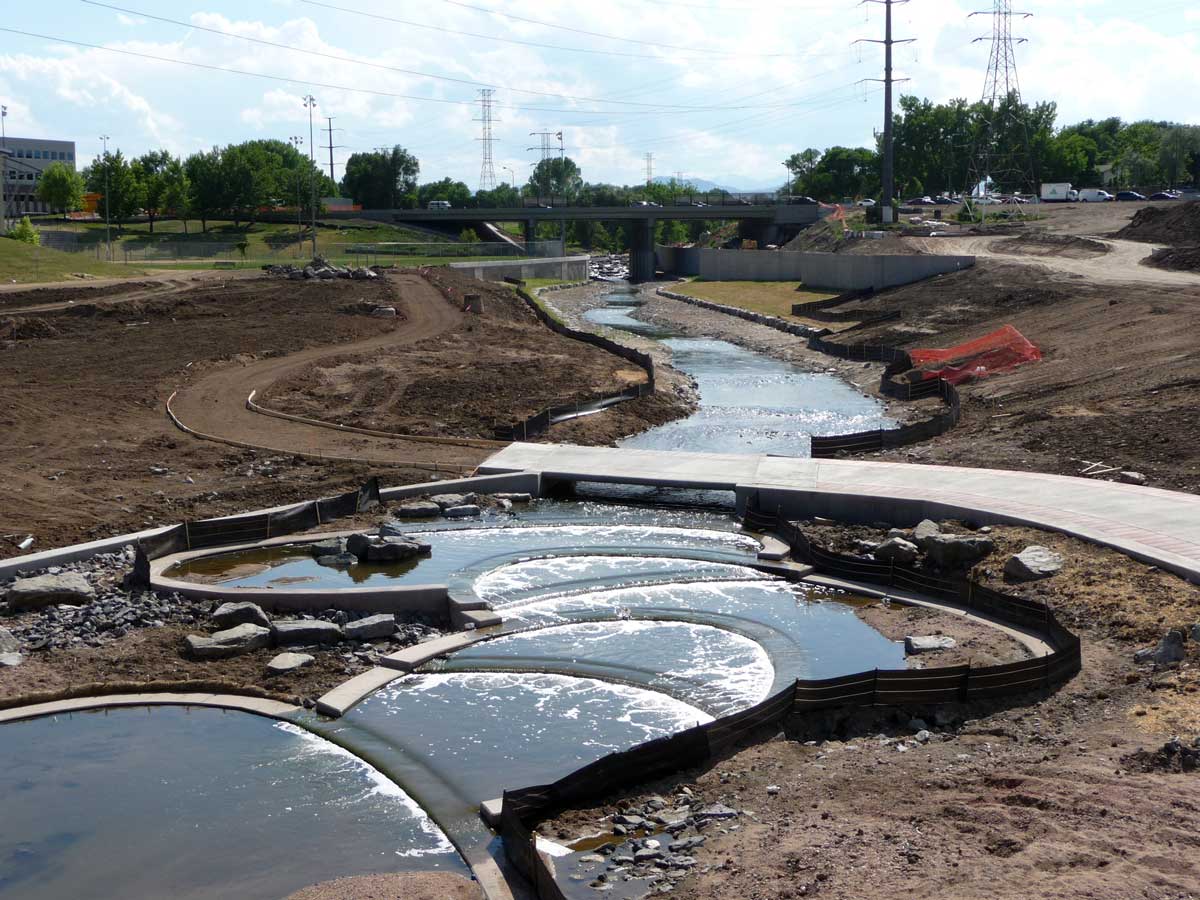 Left: View of the Rude Park Rec Center and the expansion of Rude Park into Lakewood Gulch.

Right: View looking west at the new Decatur Street bridge (from which the previous three photos were taken), as seen from the new light rail bridge over the gulch: 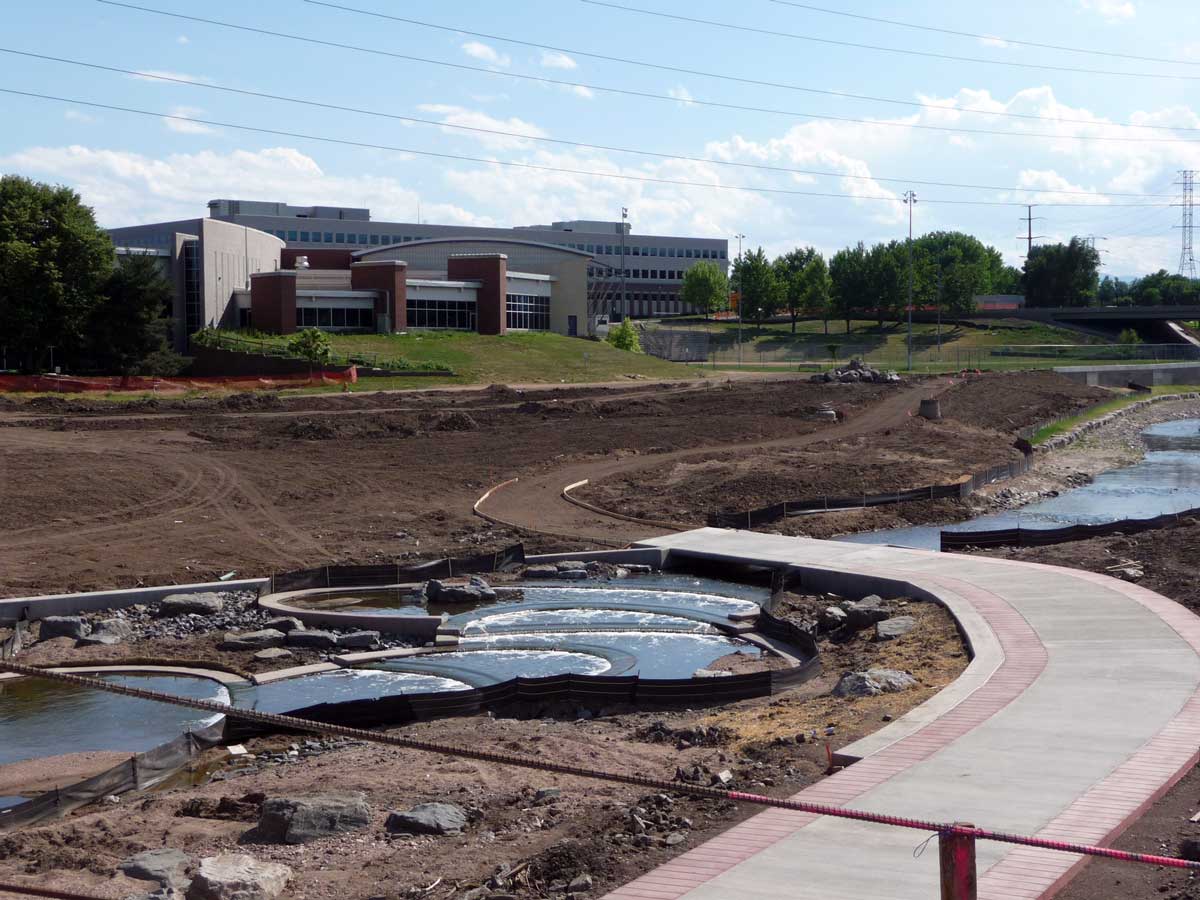 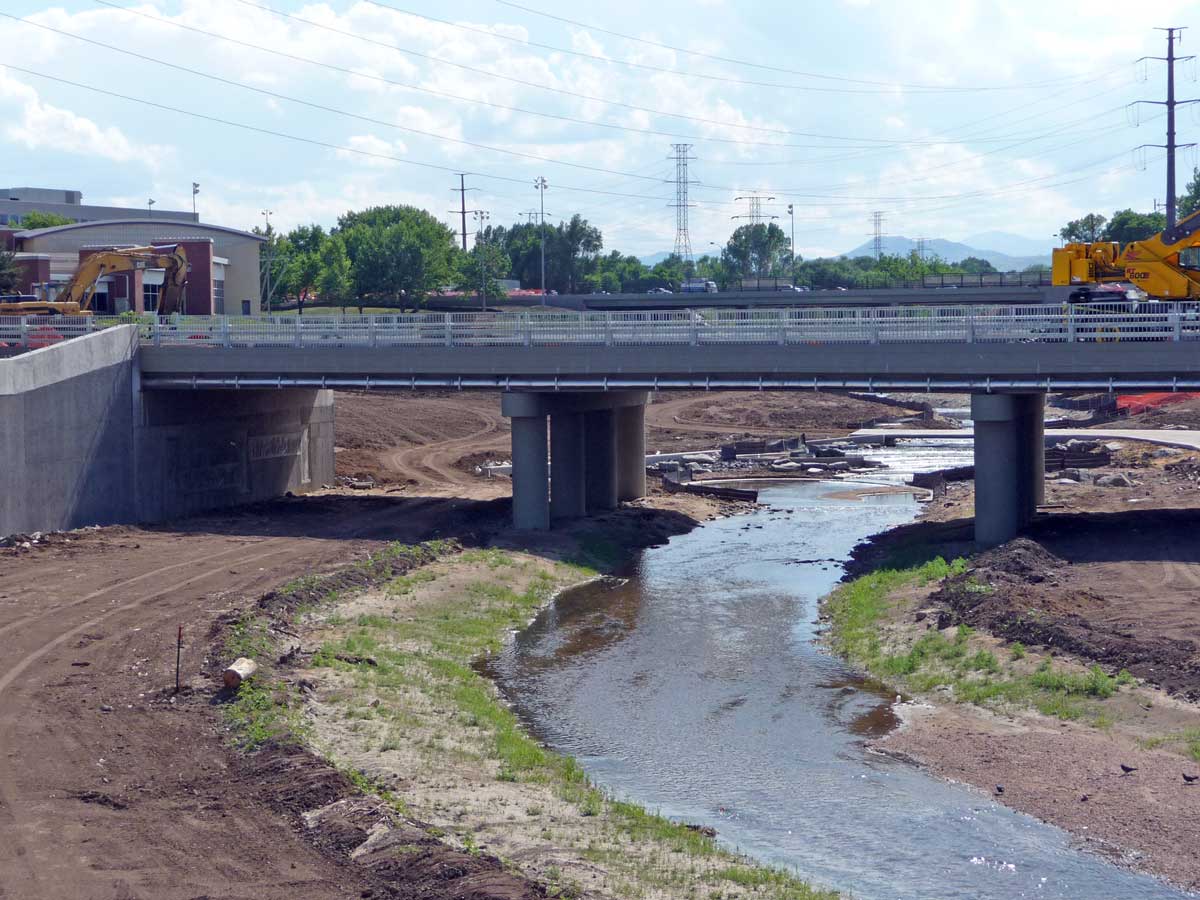 Left: From the new Decatur Street bridge, the view looking east at the new light rail bridge over Lakewood Gulch.

Right: View of where the old Decatur Shops building and parking lot used to be, now part of the Lakewood Gulch open space, looking east towards the confluence with the Platte River: 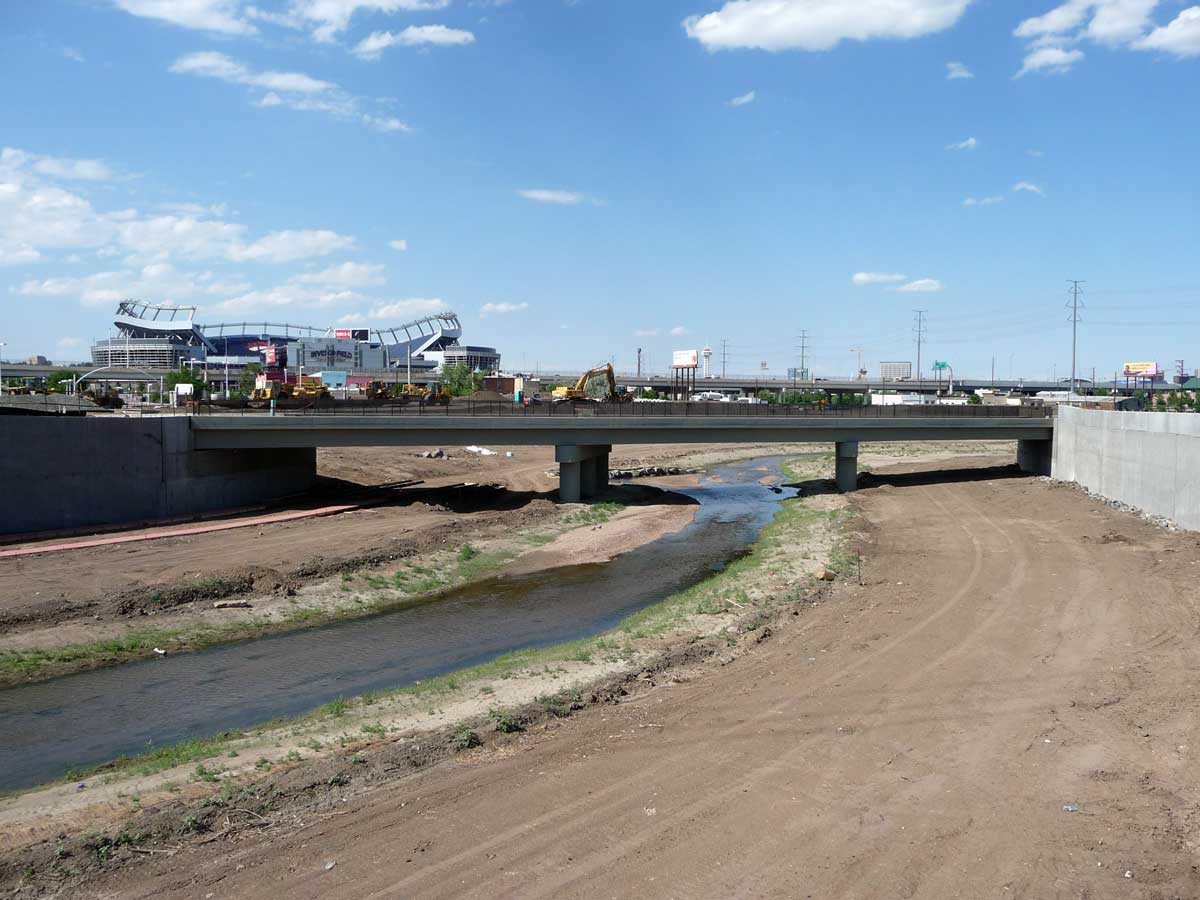 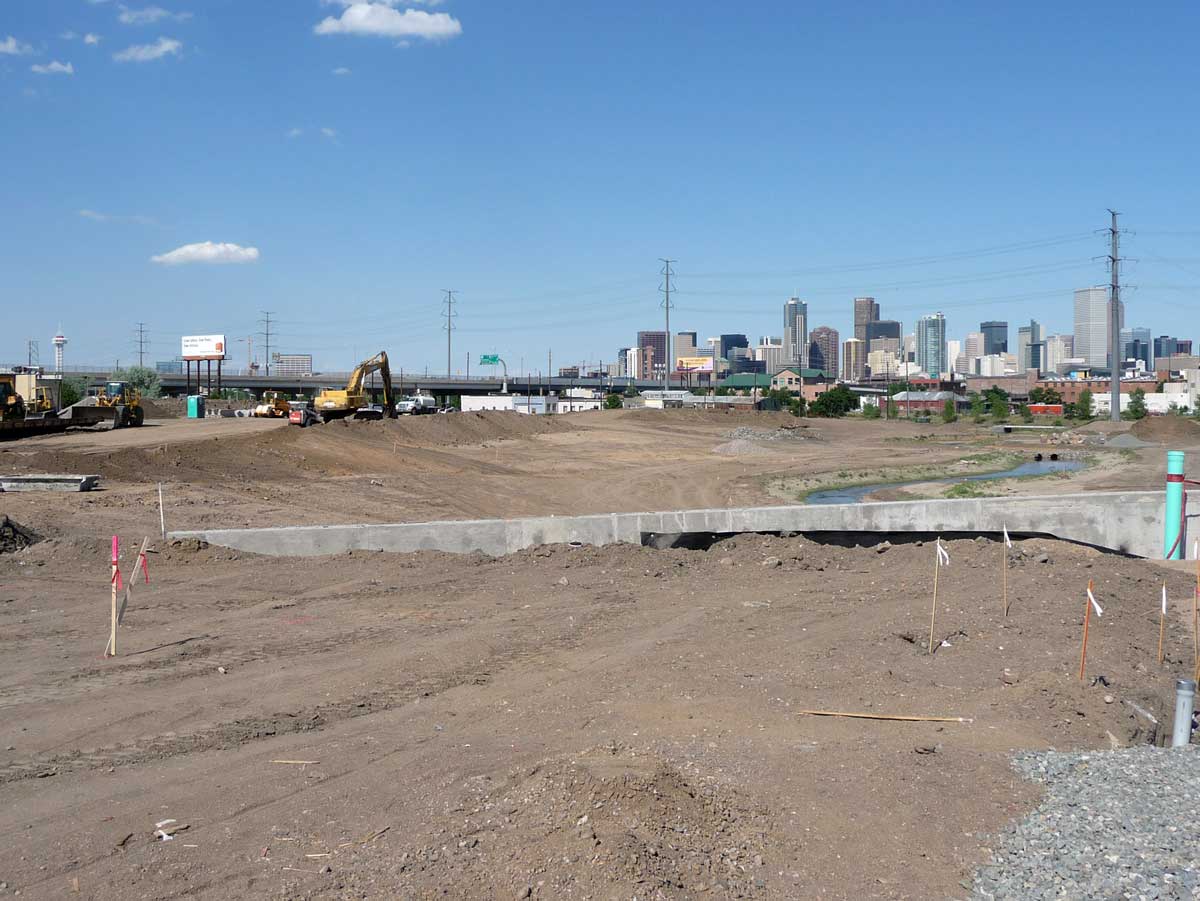 The trail and open space areas are obviously still lacking landscaping, due to be installed this fall. The entire project is slated for completion late 2011/early 2012. I’ll do a final update on this project when it’s completed. My employer, Matrix Design Group, did the engineering design for the South Platte/Lakewood Gulch flood-control components.

These projects represent a significant public investment in our civic infrastructure and an enhancement of the public realm to accommodate alternative forms of transportation.