One of the neat things about Downtown Denver’s diagonal street grid being surrounded by a traditional grid oriented to the cardinal directions is the sight lines that are created (looking both in and out from either grid) and the way that a building located on one grid can serve as an interesting visual terminus for a street on the other grid. A fine example is the way that Trinity United Methodist Church anchors the terminus of Tremont Place at 18th Avenue and Broadway: 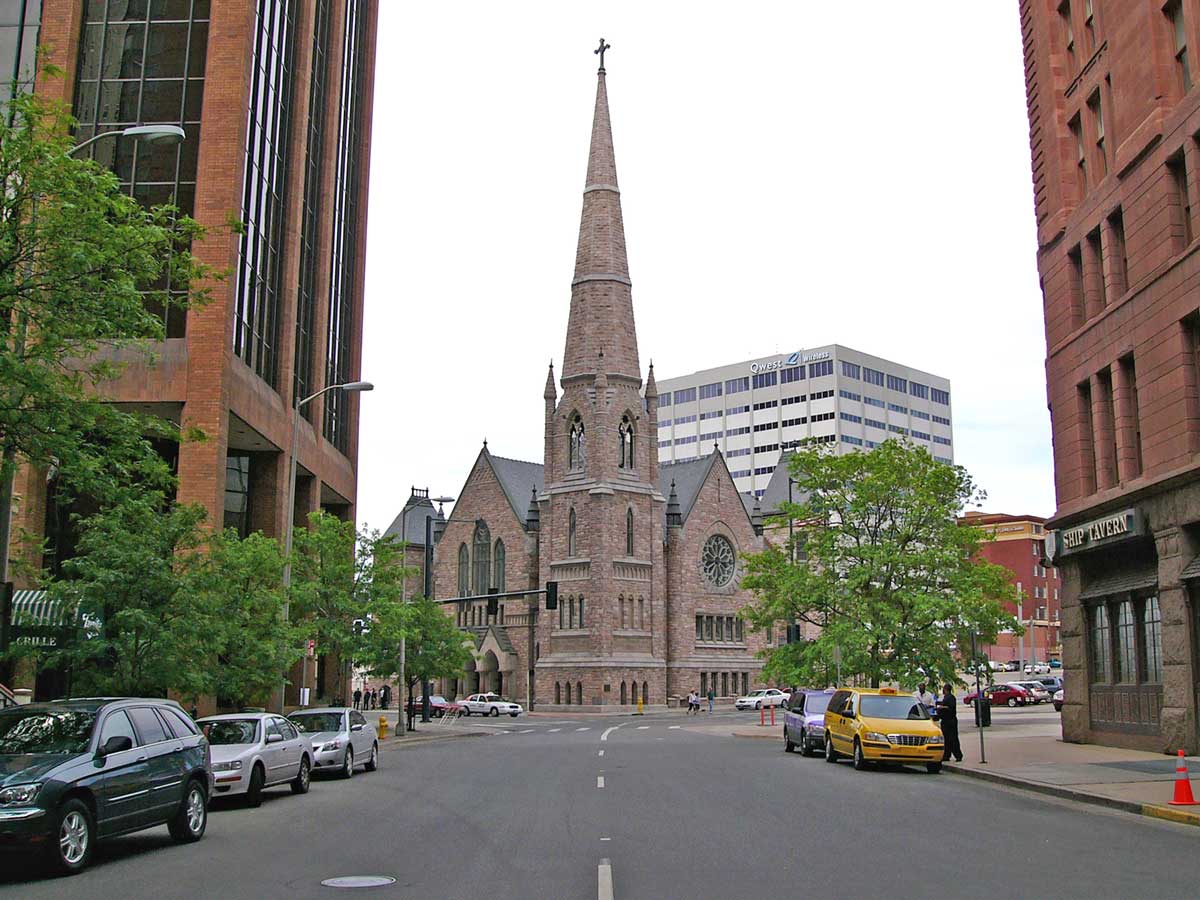 Well, the other day when I was out taking photos for my 14th Street Initiative update, I noticed we’re about to get a new visual terminus for 14th Street looking toward Civic Center: 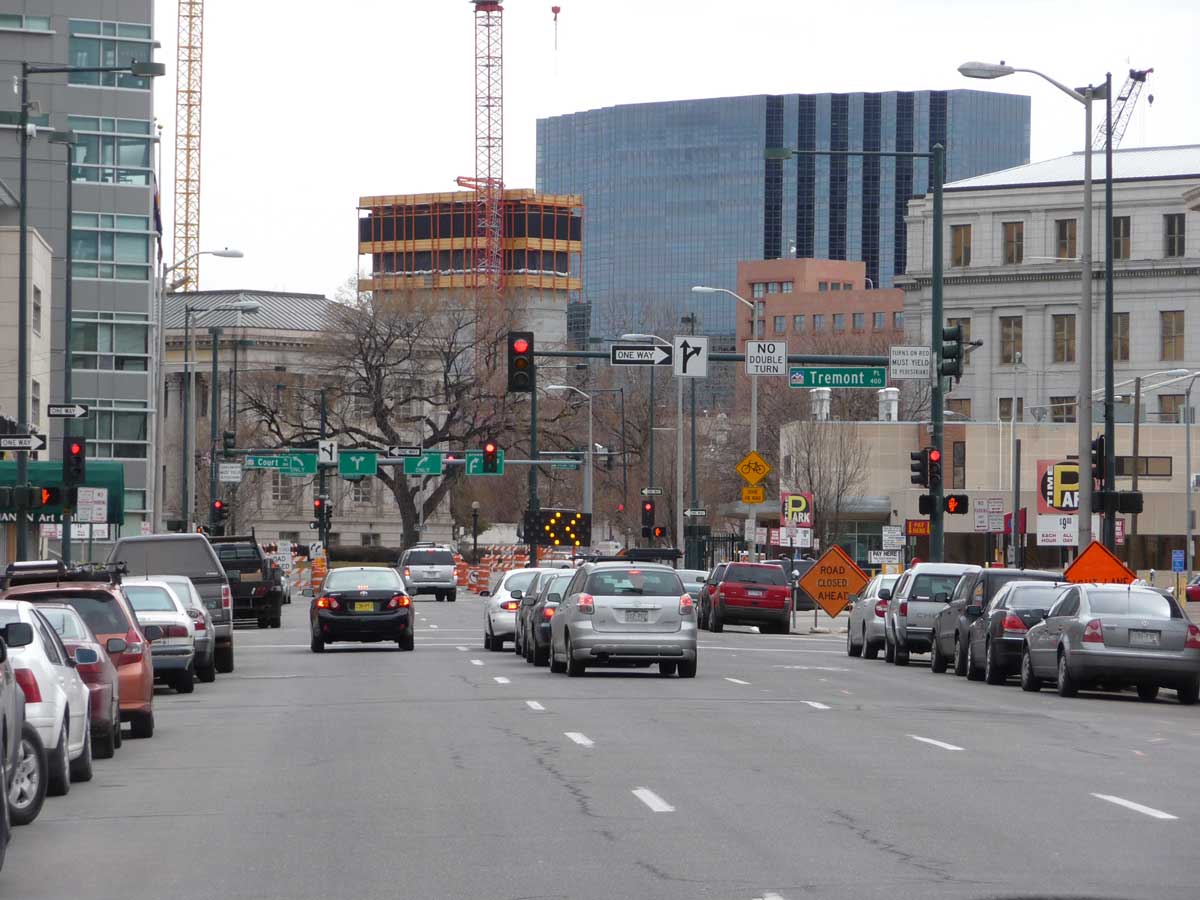 That’s the elevator core for the 12-story office tower component of the new Ralph L. Carr Colorado Judicial Center under construction at 13th Avenue and Broadway (see Ryan’s recent photo update of the project at DenverInfill). The northwest corner of that tower will line up perfectly with the view up 14th Street. Collectively, the new Judicial Center building along with 1290 Broadway, the Denver Public Library, the McNichols Building, and the corner of the City & County Building, create an interesting composition of buildings rotated 45-degrees relative to the 14th Street sight line.  Pedestrians walking along the new 14th Street should be intrigued by what they see when looking toward the Civic Center district.