Last weekend I was out and about and took the following photos:

Bannock Street reconstruction in front of the City and County Building: As I discussed in a previous post, this project includes removing a lane of traffic, expanding the sidewalks, adding a southbound bike lane and a northbound cycle track, and adding a mid-block pedestrian crossing at the east-west Civic Center Park axis: 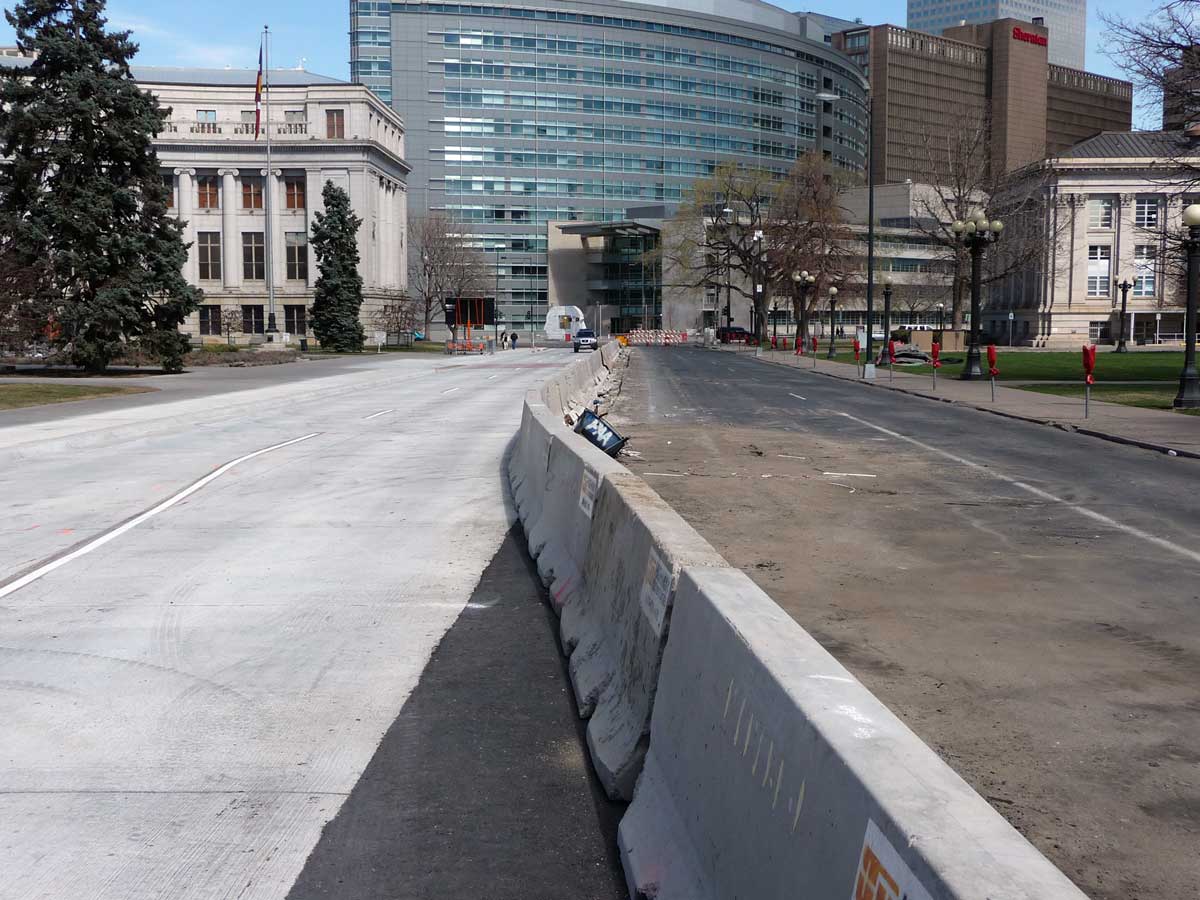 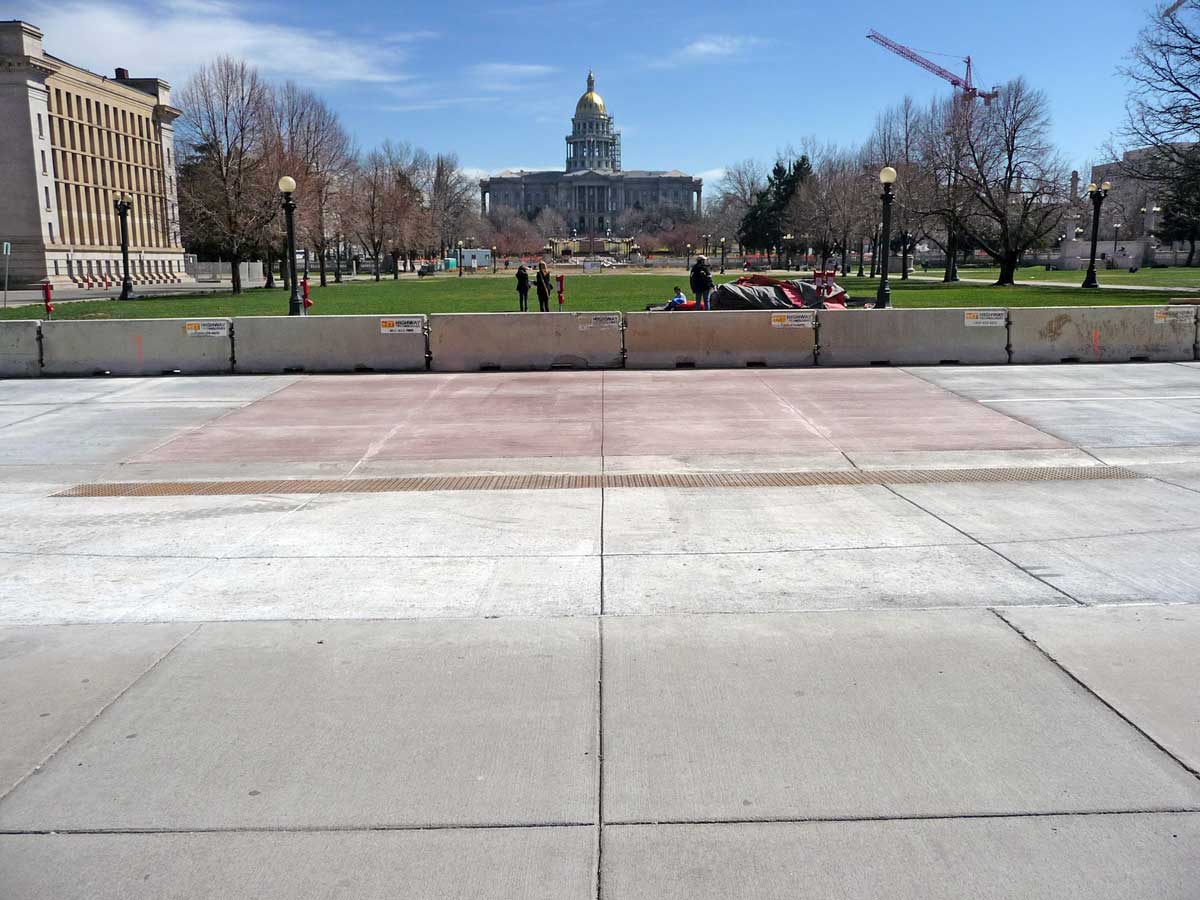 The City and County Building is also undergoing a major renovation. All of the windows will be restored, the exterior stone facade cleaned, and the grand steps to the front entrance restored and waterproofed: 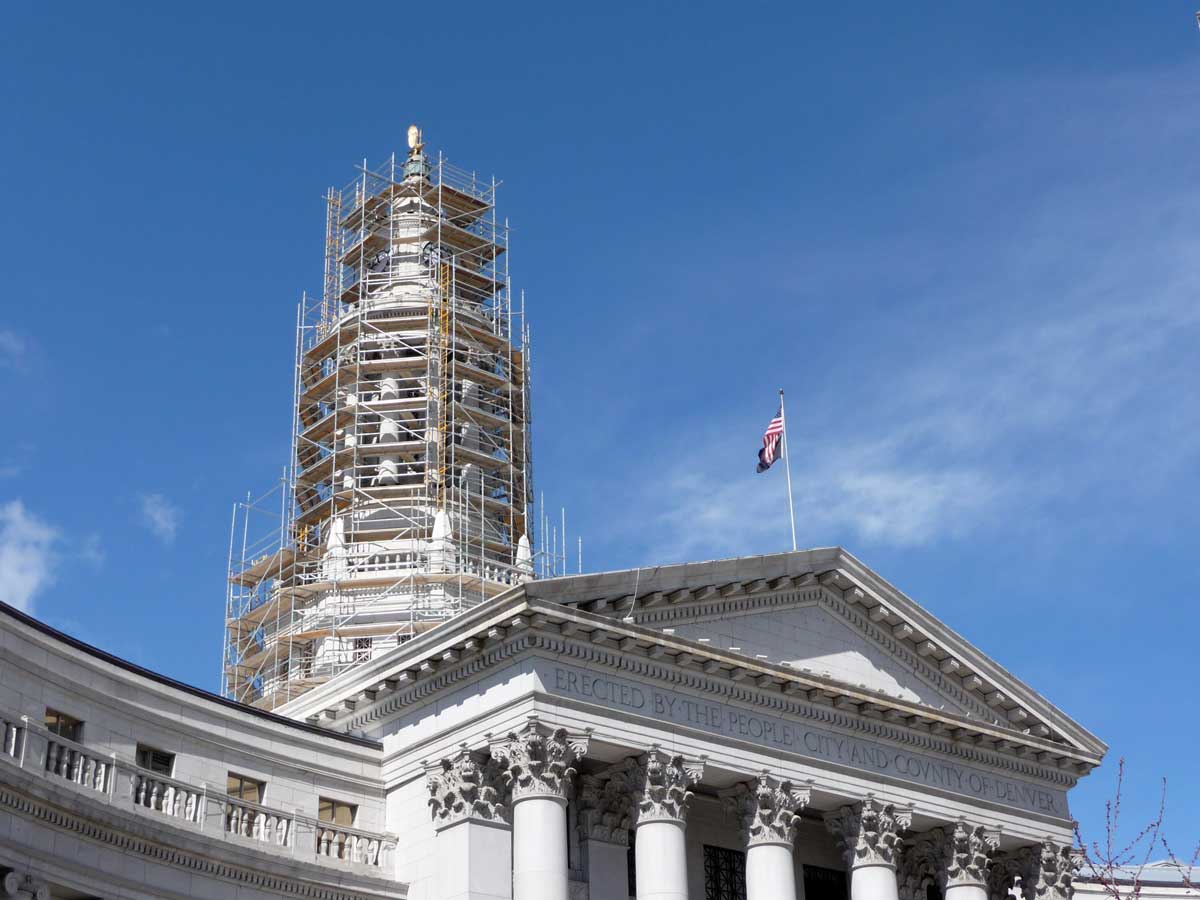 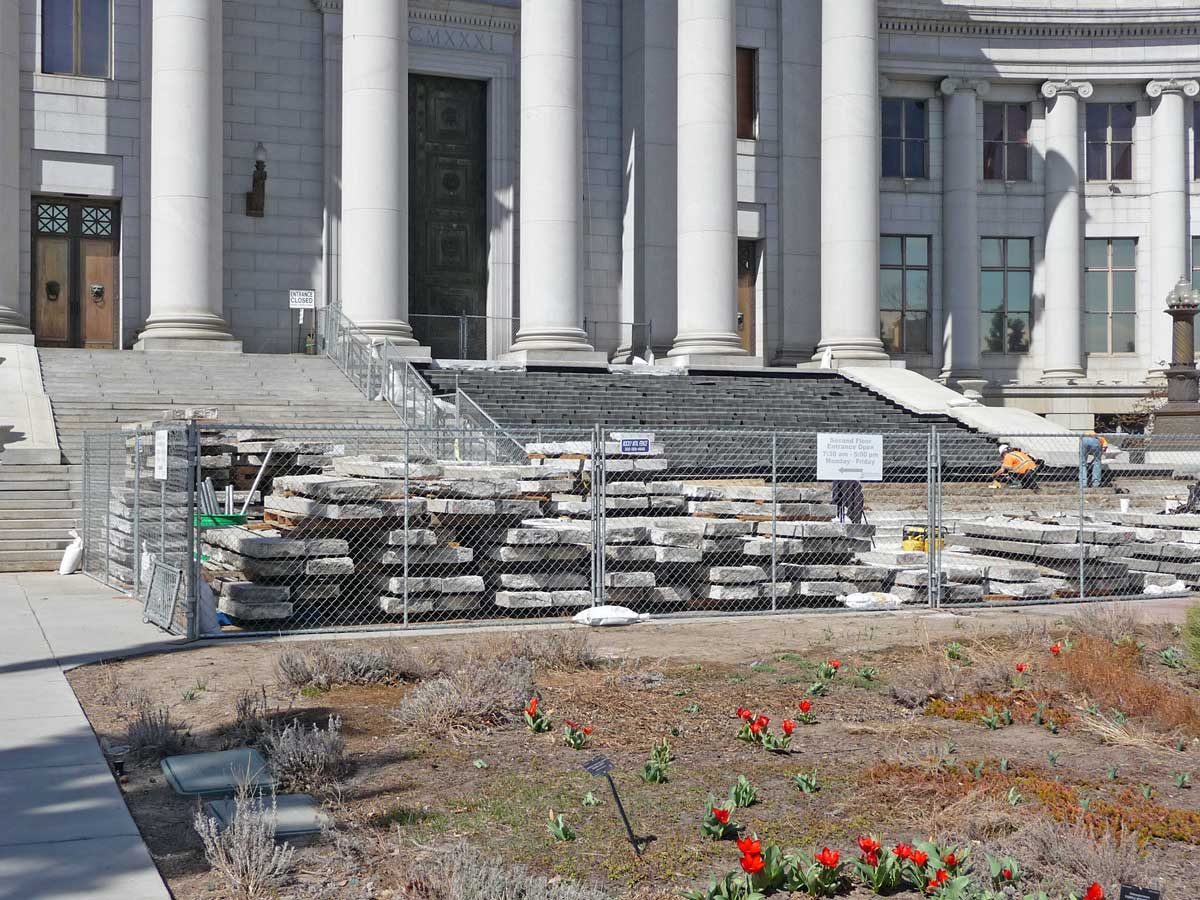 Back in 2009 and 2010, Civic Center Park’s Voorhees Memorial, Greek Amphitheater, and McNichols Building were restored in time for the Biennial of the Americas. Now, another portion of Civic Center Park is getting a major makeover in a project known as the Broadway Terrace Restoration—the part of the park just west of Broadway. This also includes the removal of the right-turn-lane to Broadway from Colfax, discussed in this post. 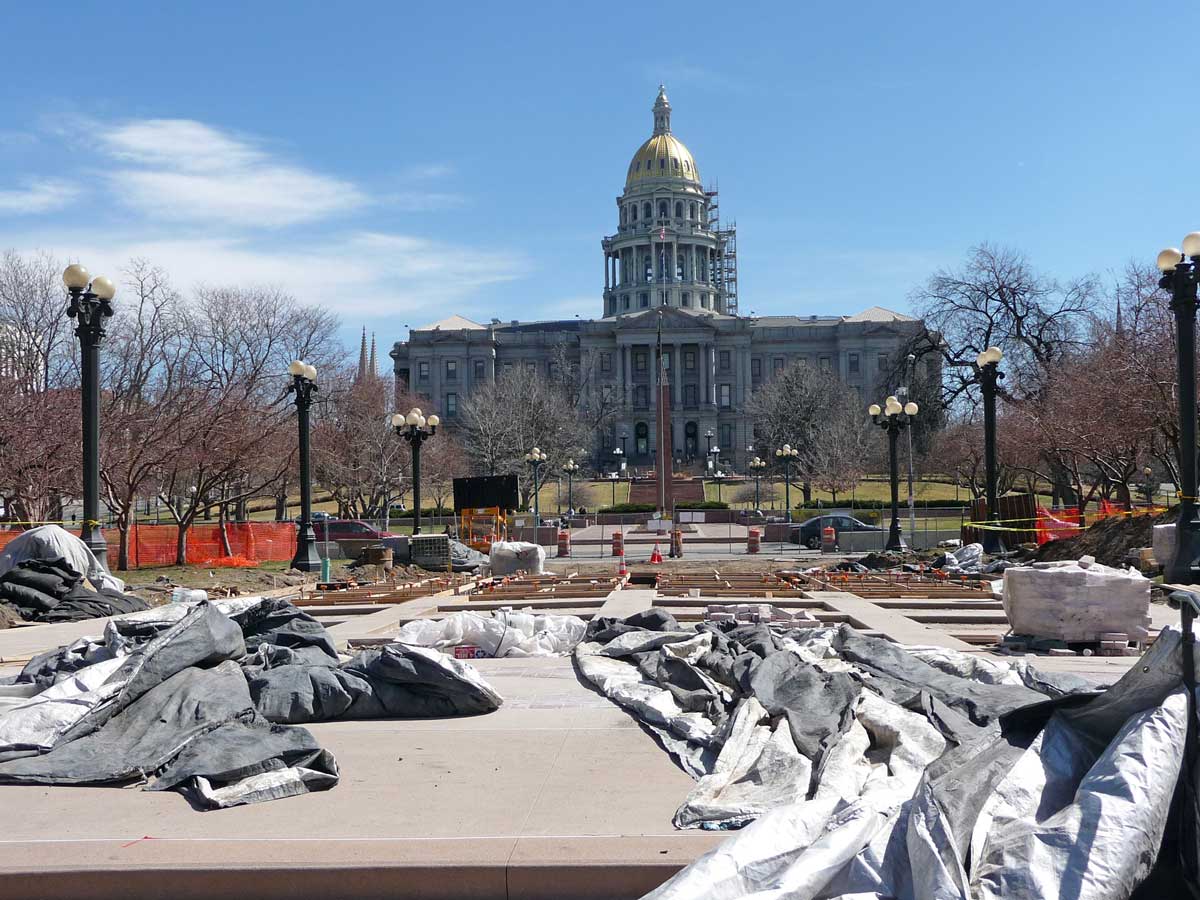 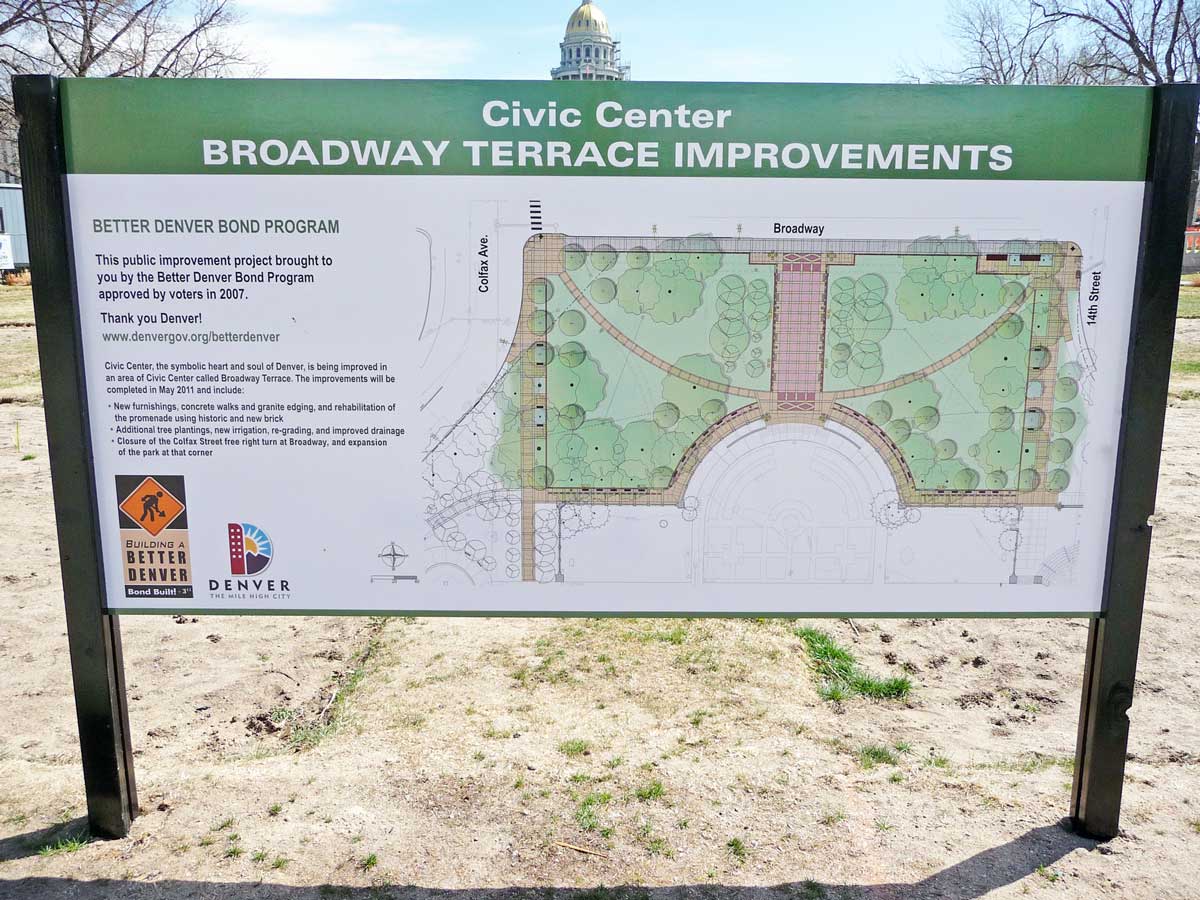 The new $36 million, LEED-certified Denver Police Department Crime Lab building is about to begin construction. It will be located immediately north of the Denver Police HQ on the south side of W. 14th Avenue between Delaware and Cherokee, across the street from the back side of the Denver Mint. Here is the site: 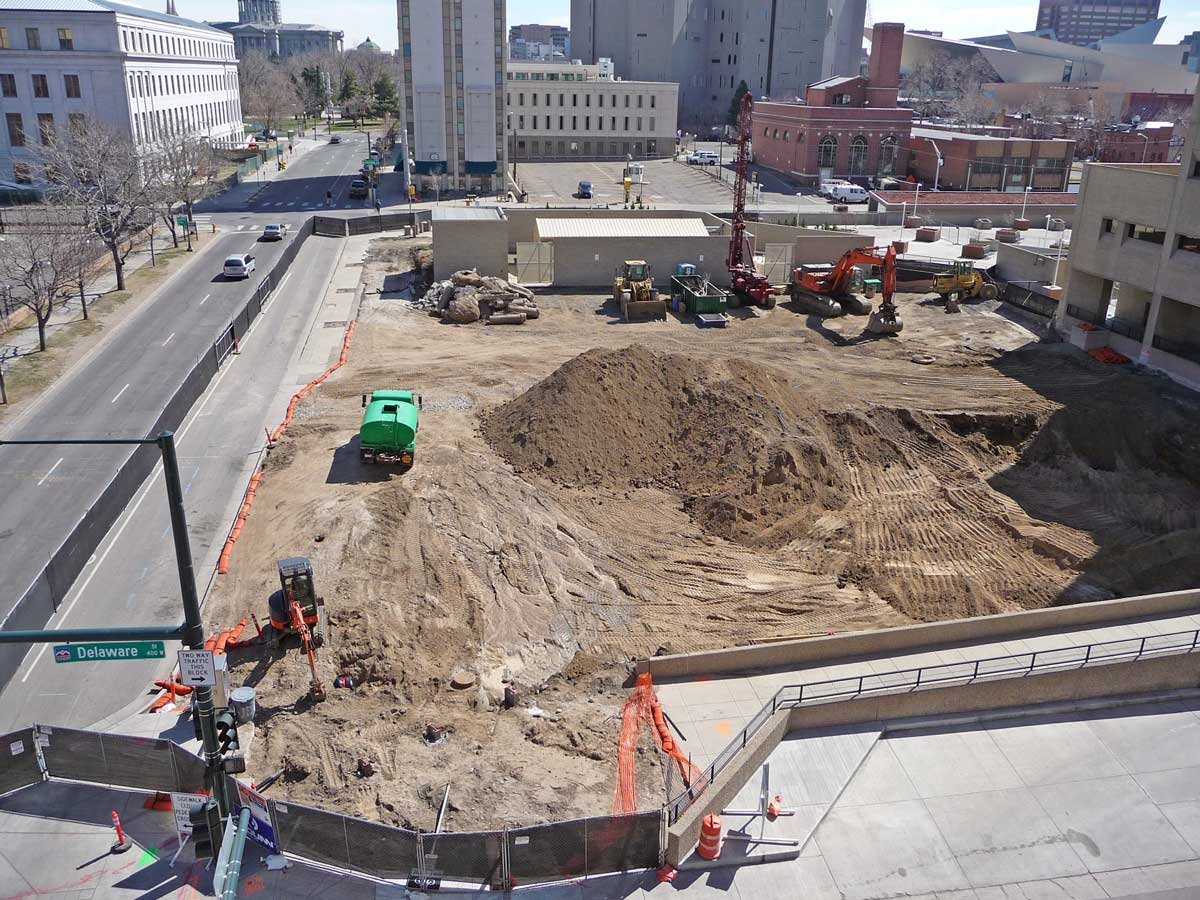 Here are renderings of the new crime lab from the project’s webpage at denvergov.org. 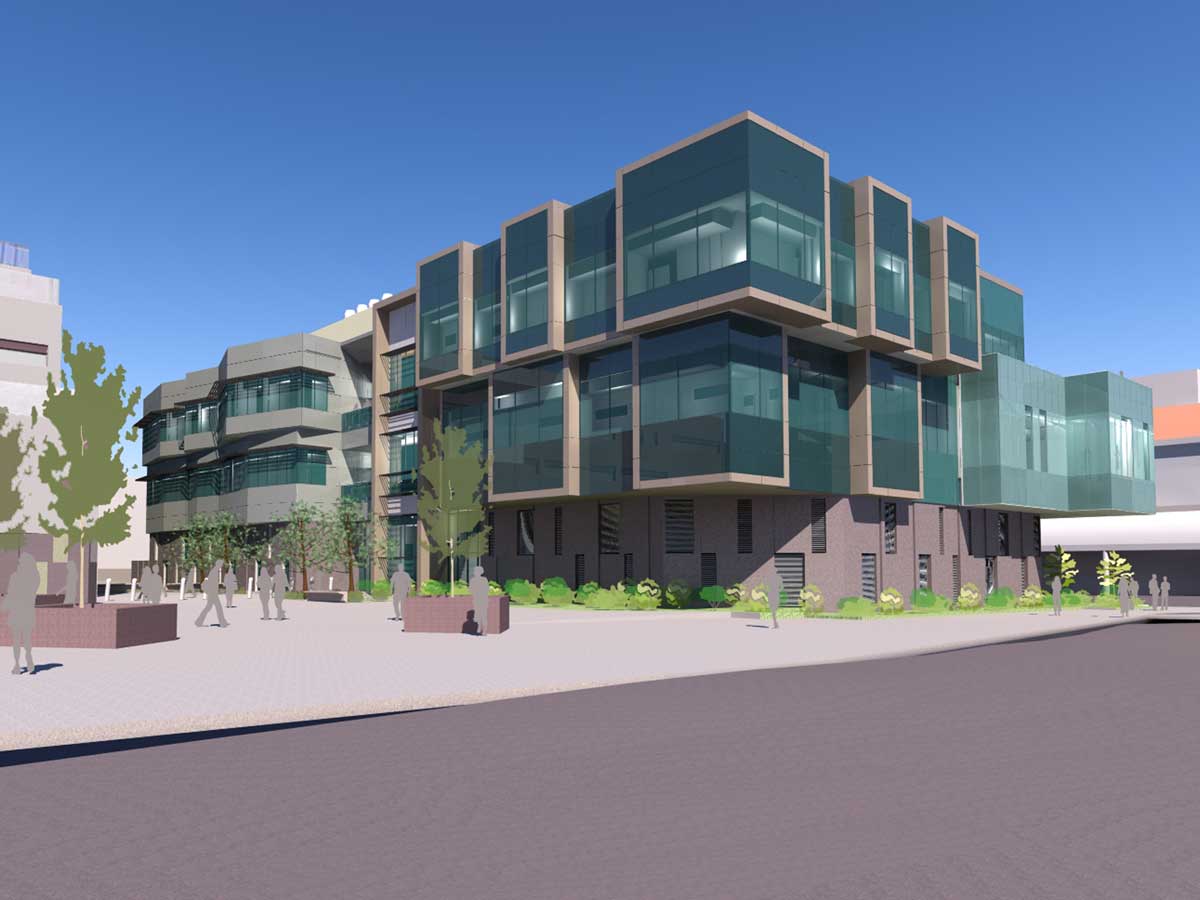 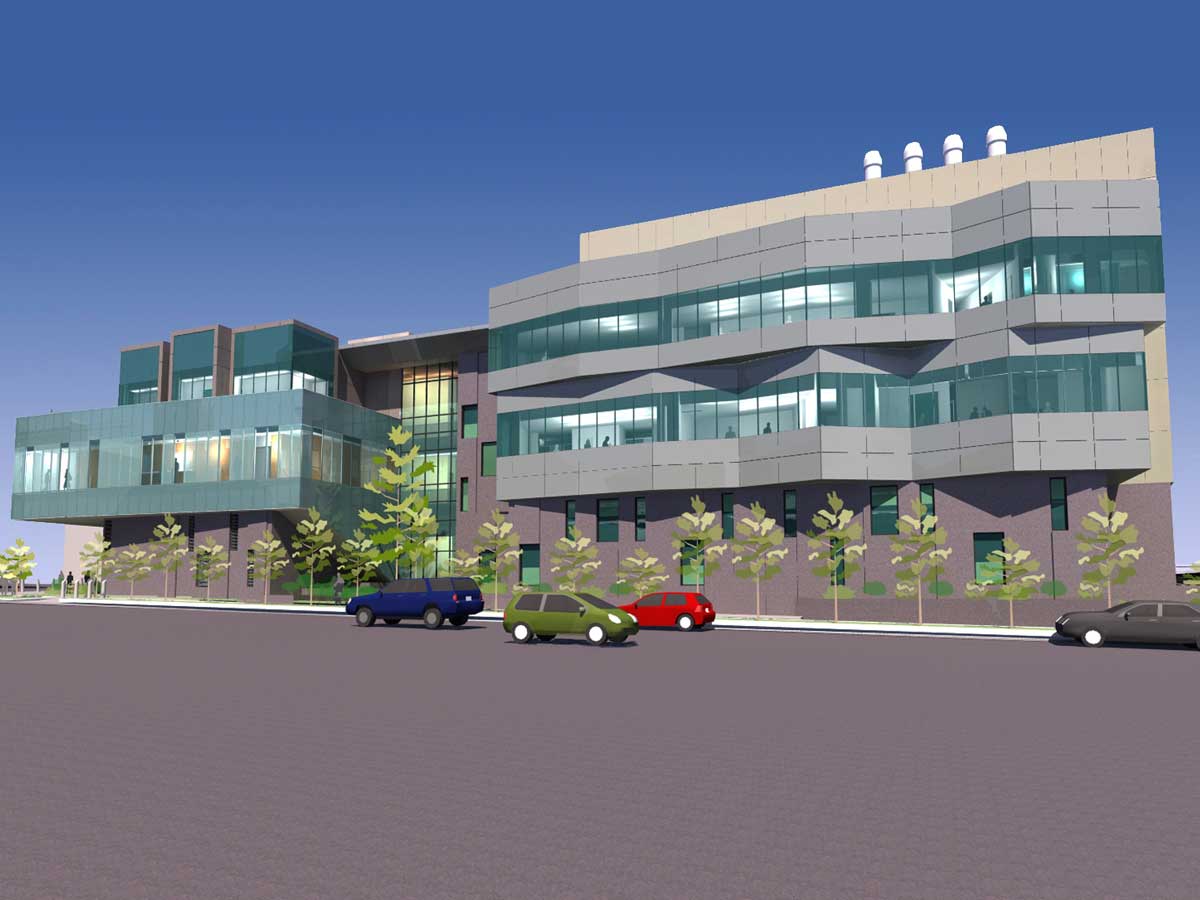 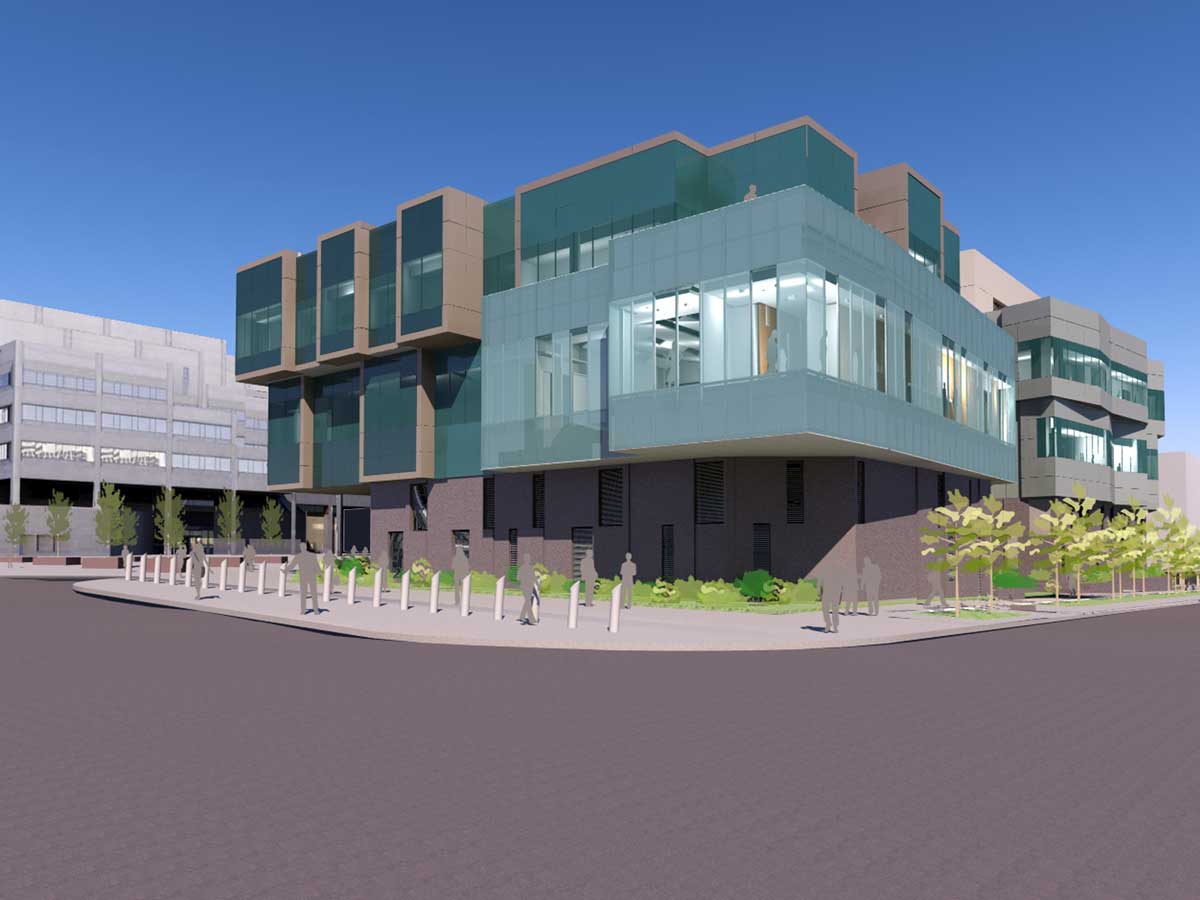 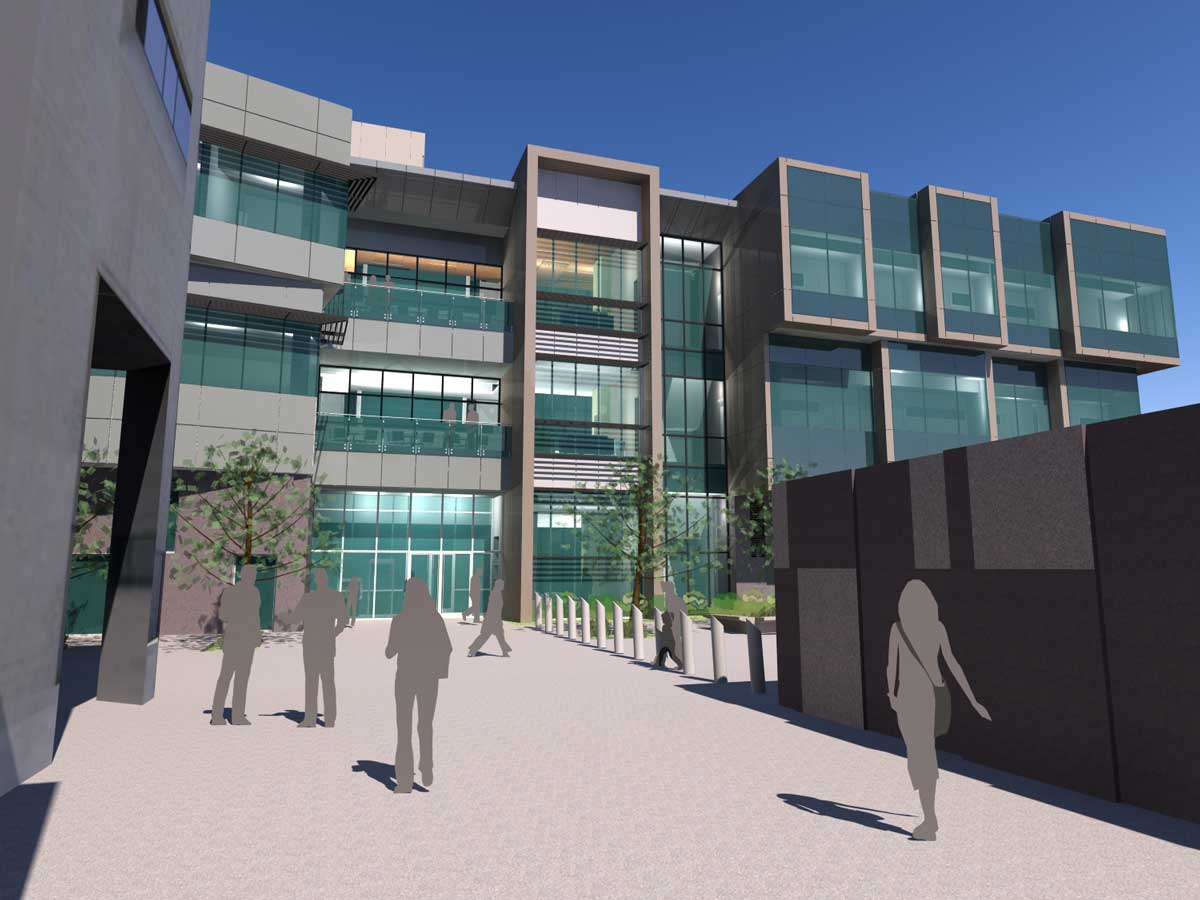 Finally, I’ll leave you with this bonus photo: When’s the last time (if ever) the City and County Building’s cupola and the State Capitol’s dome have been covered by scaffolding at the same time? 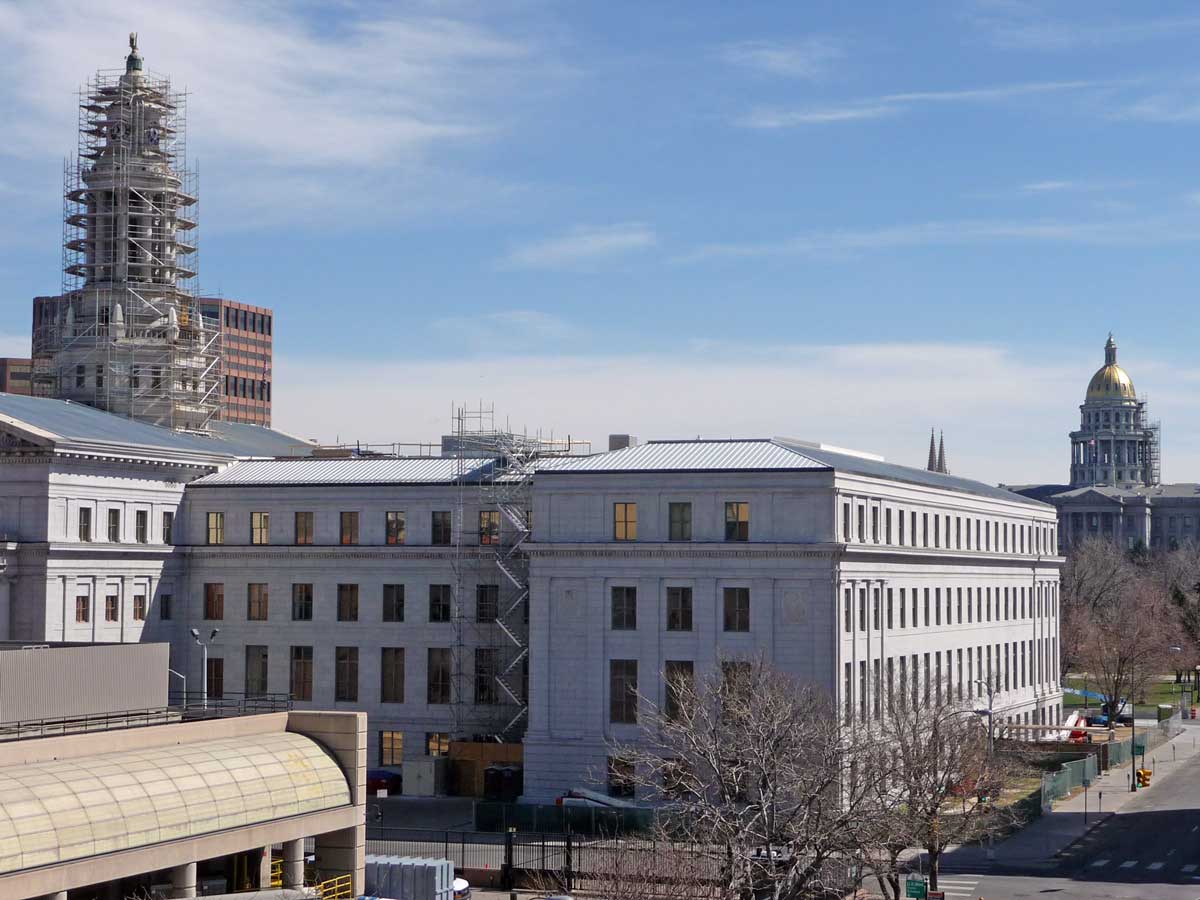