Early Sunday morning last weekend I checked out the progress on the reconstruction and streetscaping of 14th Street (otherwise known as the 14th Street Initiative) in Downtown Denver. Work is well underway on the northeast side of the street. The project will narrow 14th Street by removing a traffic lane and adding a bike lane and wider sidewalks with the reclaimed space. The street and all sidewalks will be rebuilt in concrete and a bunch of pedestrian amenities (trees, flower beds, lighting, benches, bike racks, wayfinding signage, etc.) added. Bulb-outs will also be installed at most intersections to shorten the distance of the crosswalk. Here are two artist renderings of some of the design. Also, if you haven’t yet checked out the very cool video for the project, go here. 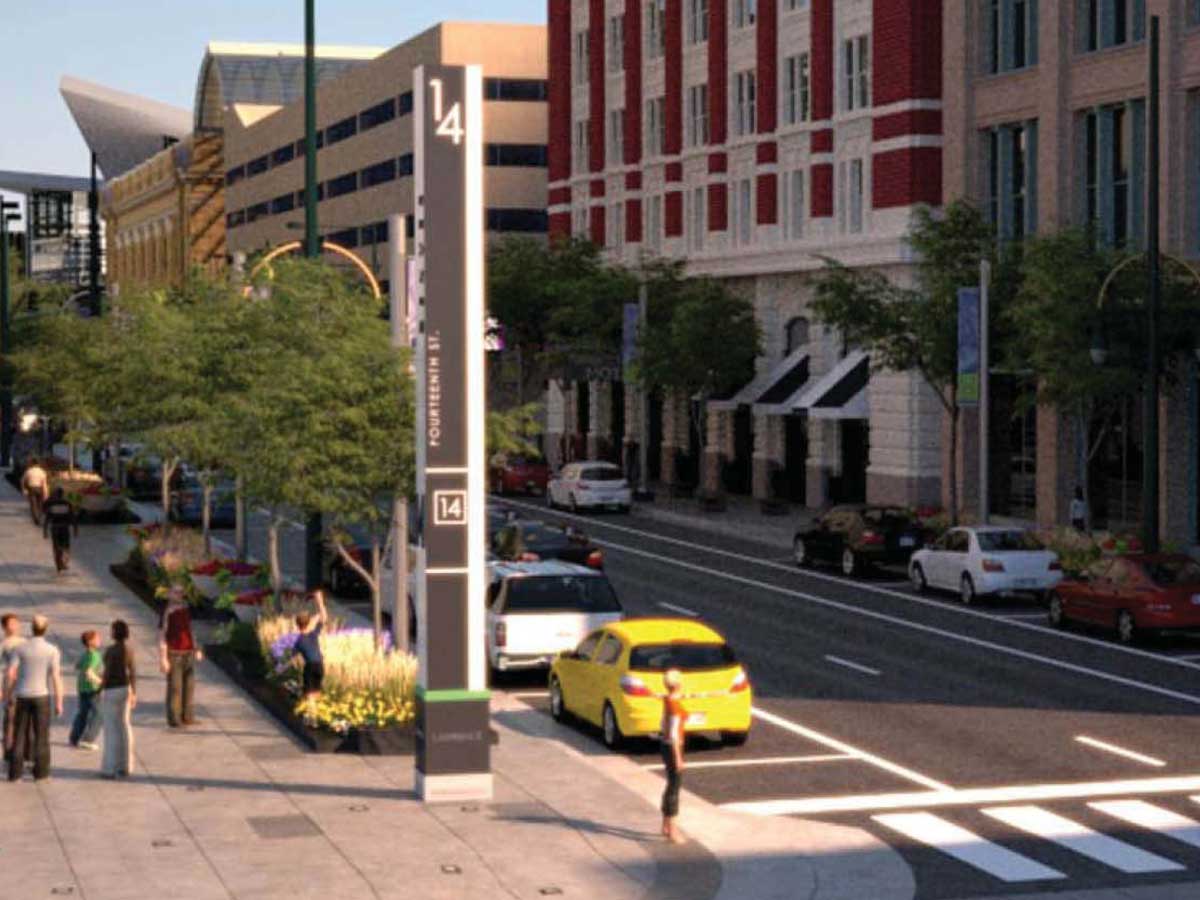 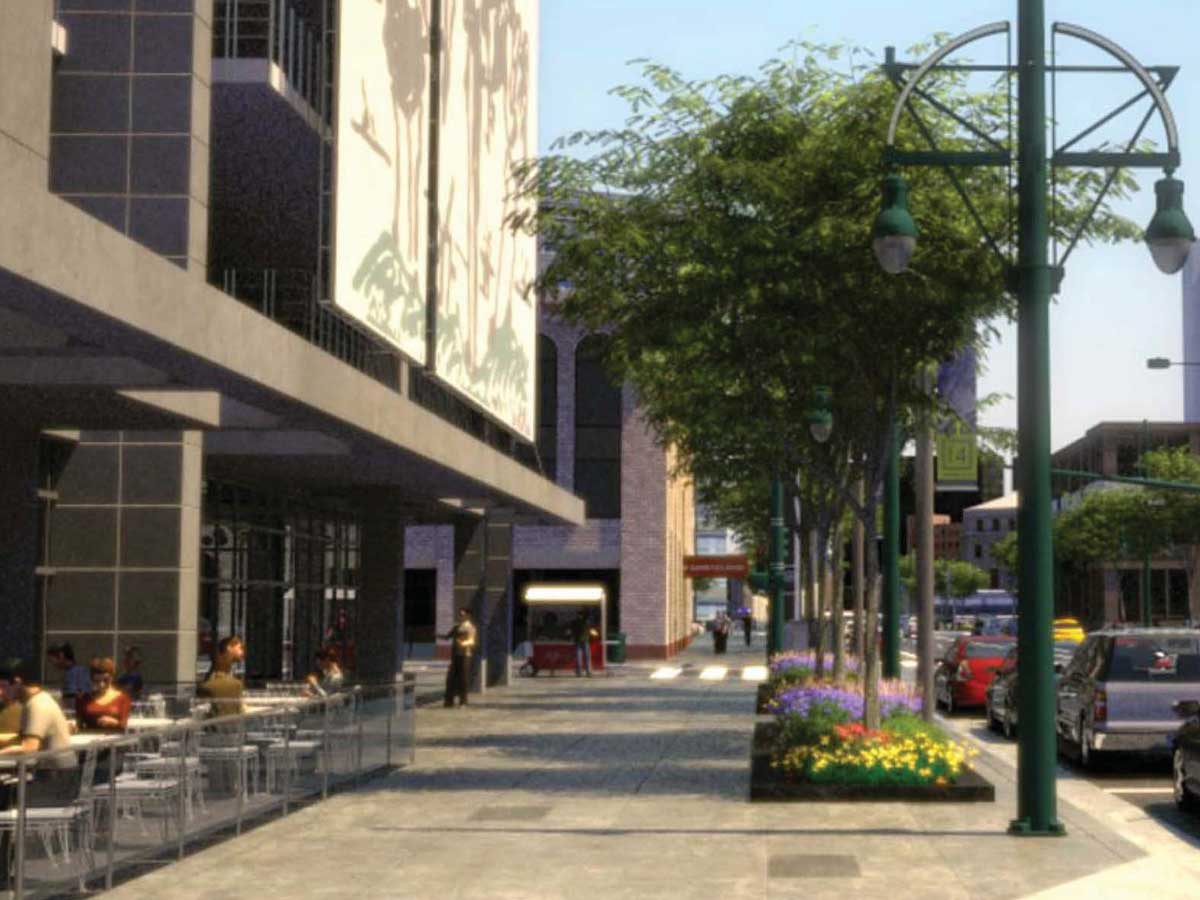 The project stretches the entire length of 14th from Market Street to Colfax Avenue and all blocks will receive the base package of improvements described above. The blocks between Larimer and Welton, however, have been designated as an “enhanced zone” where there will be additional lighting and other pedestrian amenities added. After the project has been completed, when an undeveloped property outside of the enhanced zone is developed, that block segment will then be upgraded to the enhanced level as part of the project’s site development. Currently, construction is taking place in just the enhanced zone area. While much progress has been made as is evident in the photos below, the fun stuff has yet to be installed: the incomplete gap along the back side of the new curb is the amenity zone, where lighting, landscaping, and street furnishings will be arranged.

Take a walk with me from Welton to Larimer along 14th Street. First, Welton to California (left) and the California/14th intersection (right): 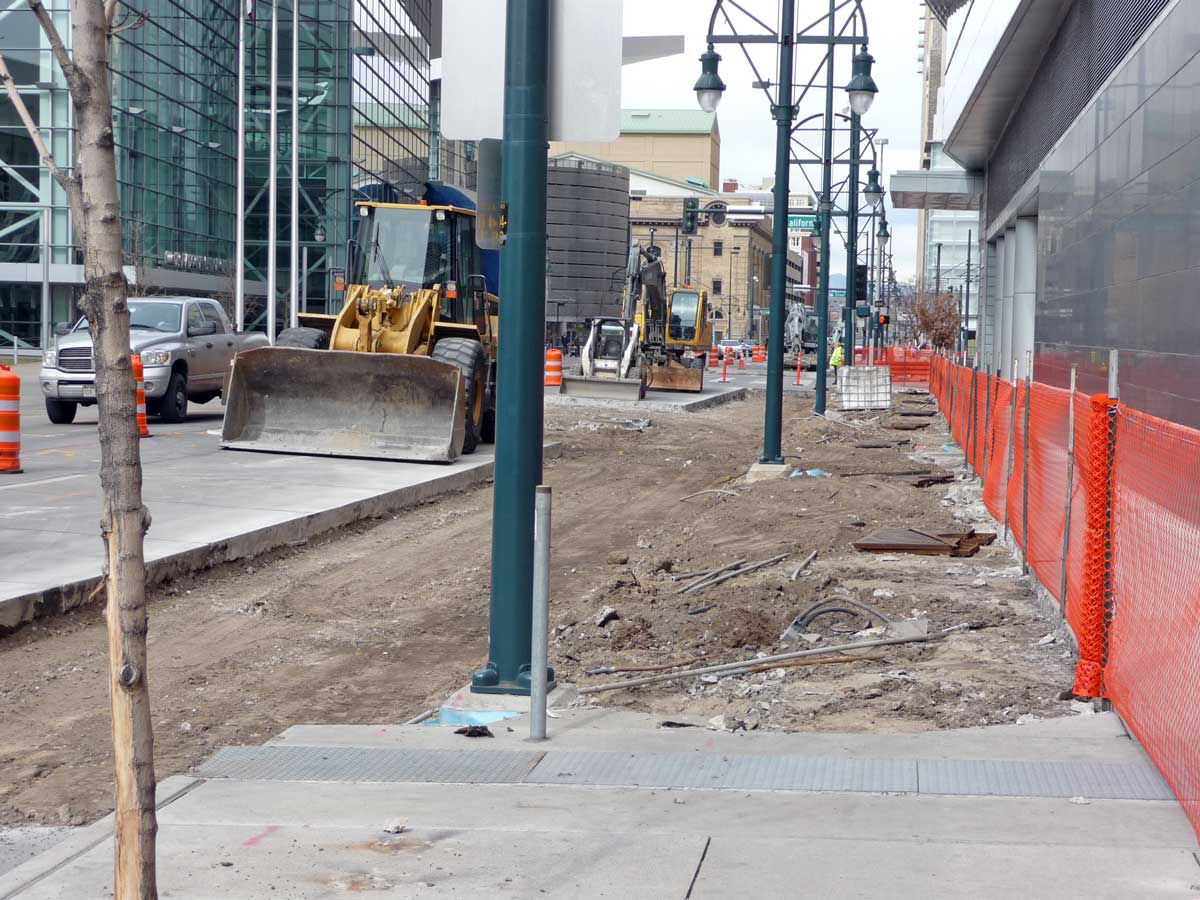 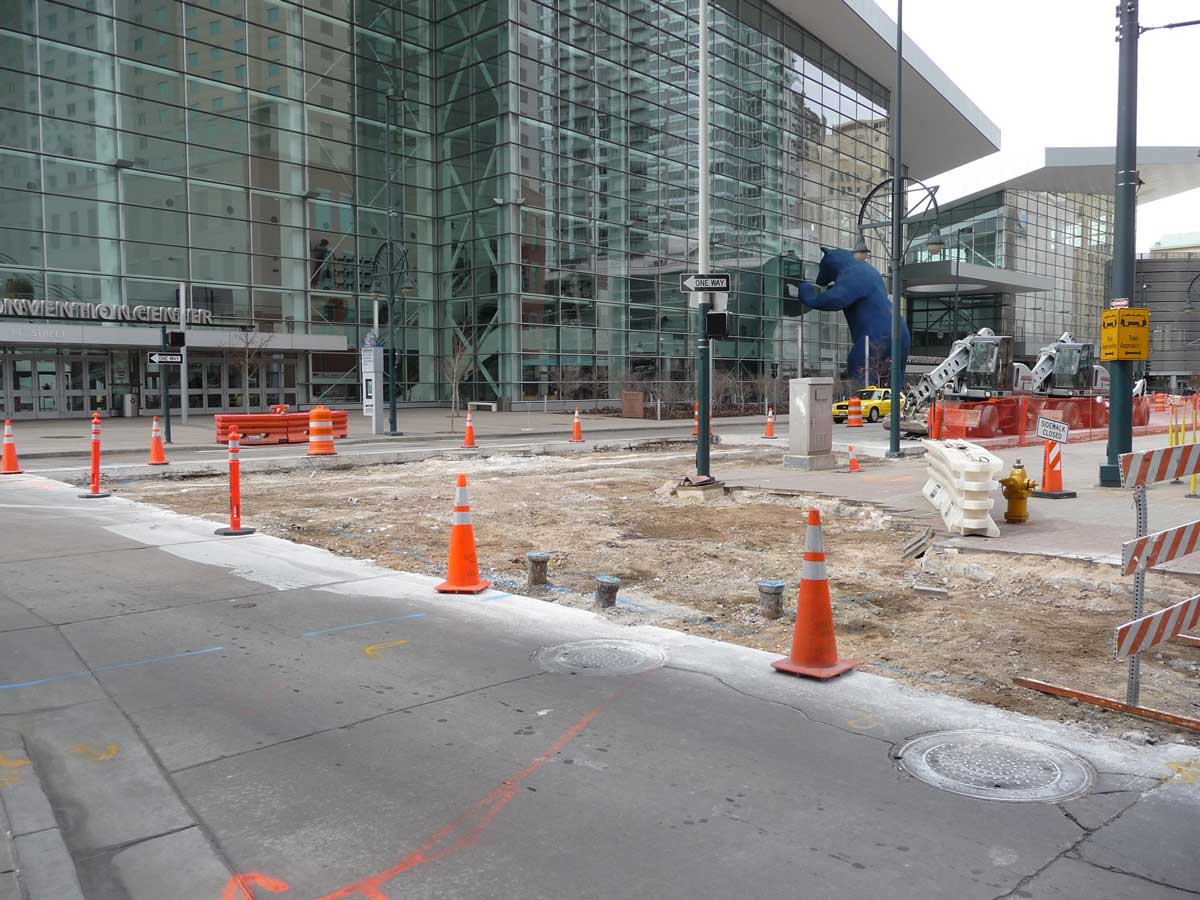 Here’s California to Stout (left) and Stout to Champa (right): 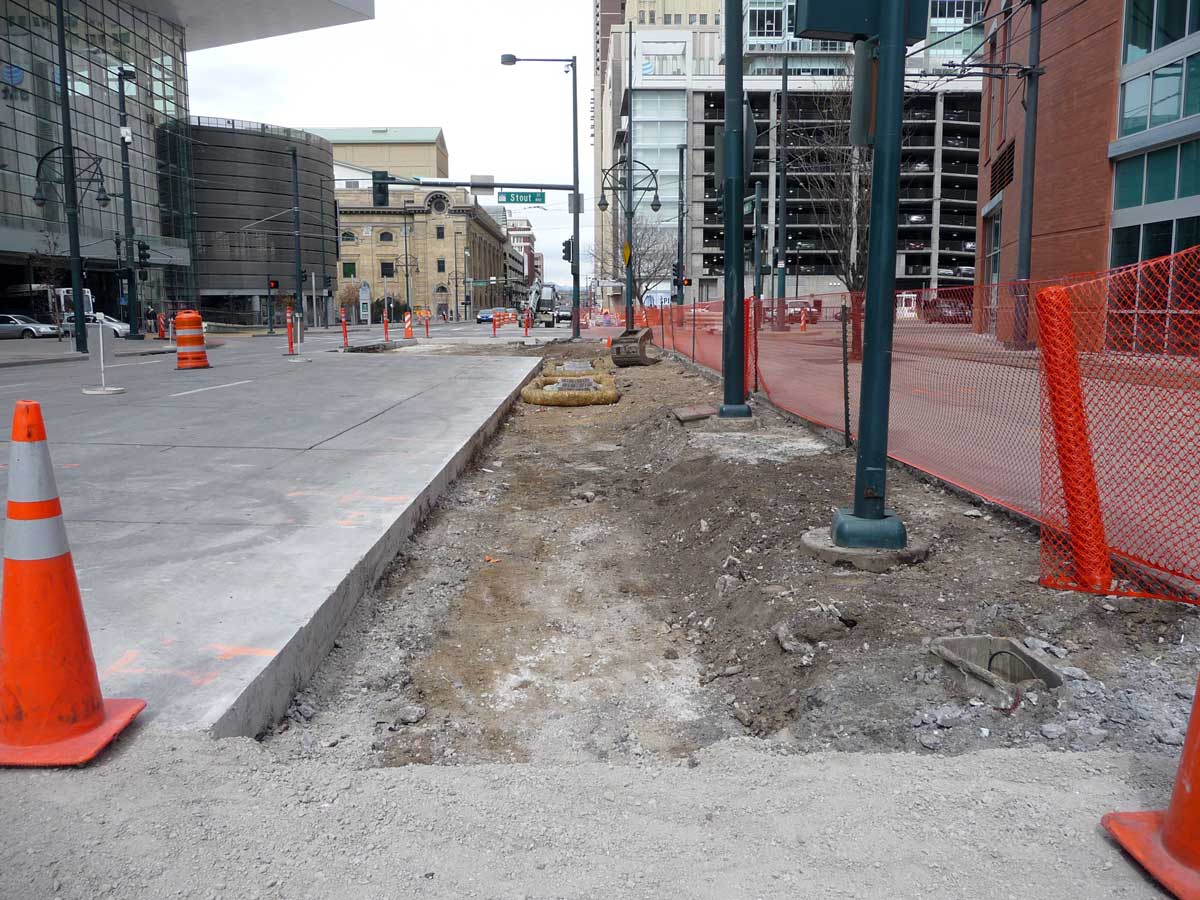 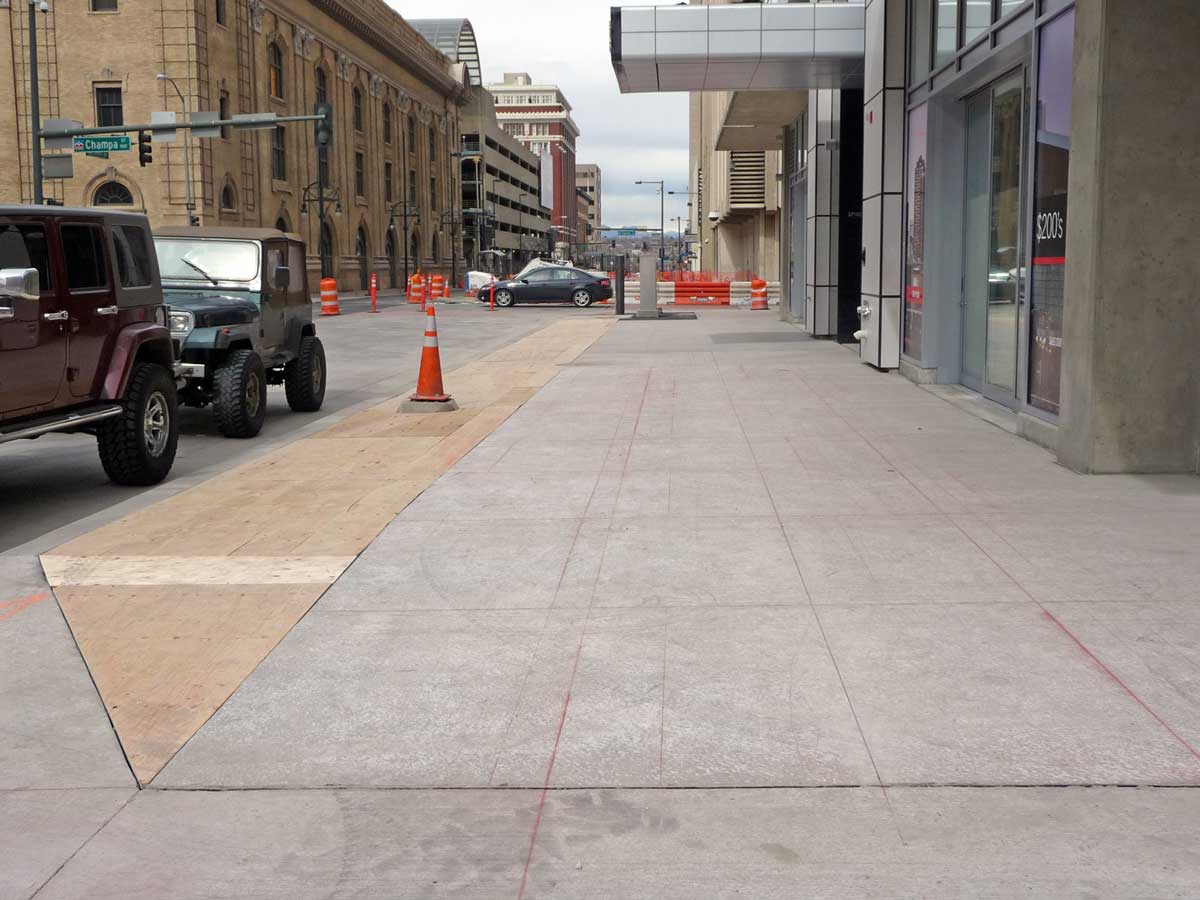 Corner at Champa next to the Spire (left) and corner across Champa still under construction (right): 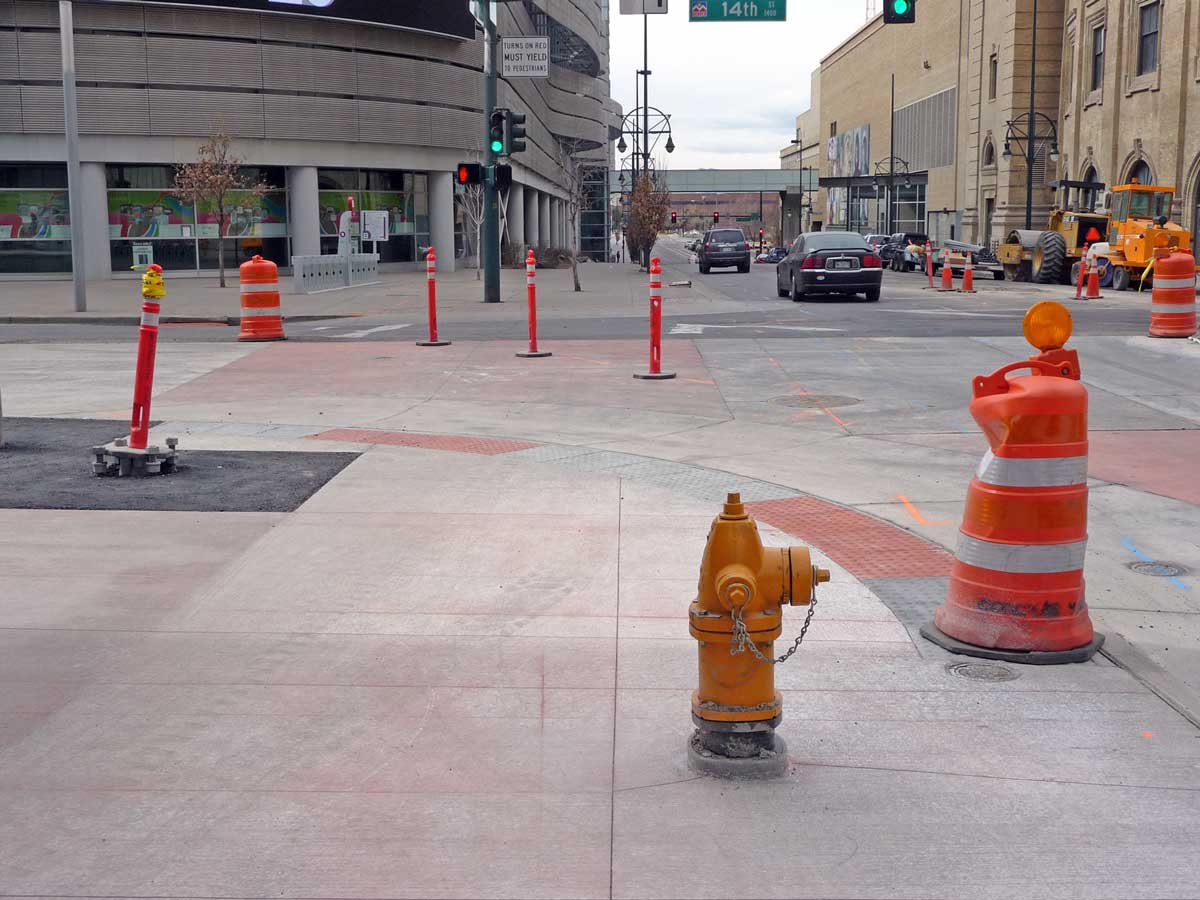 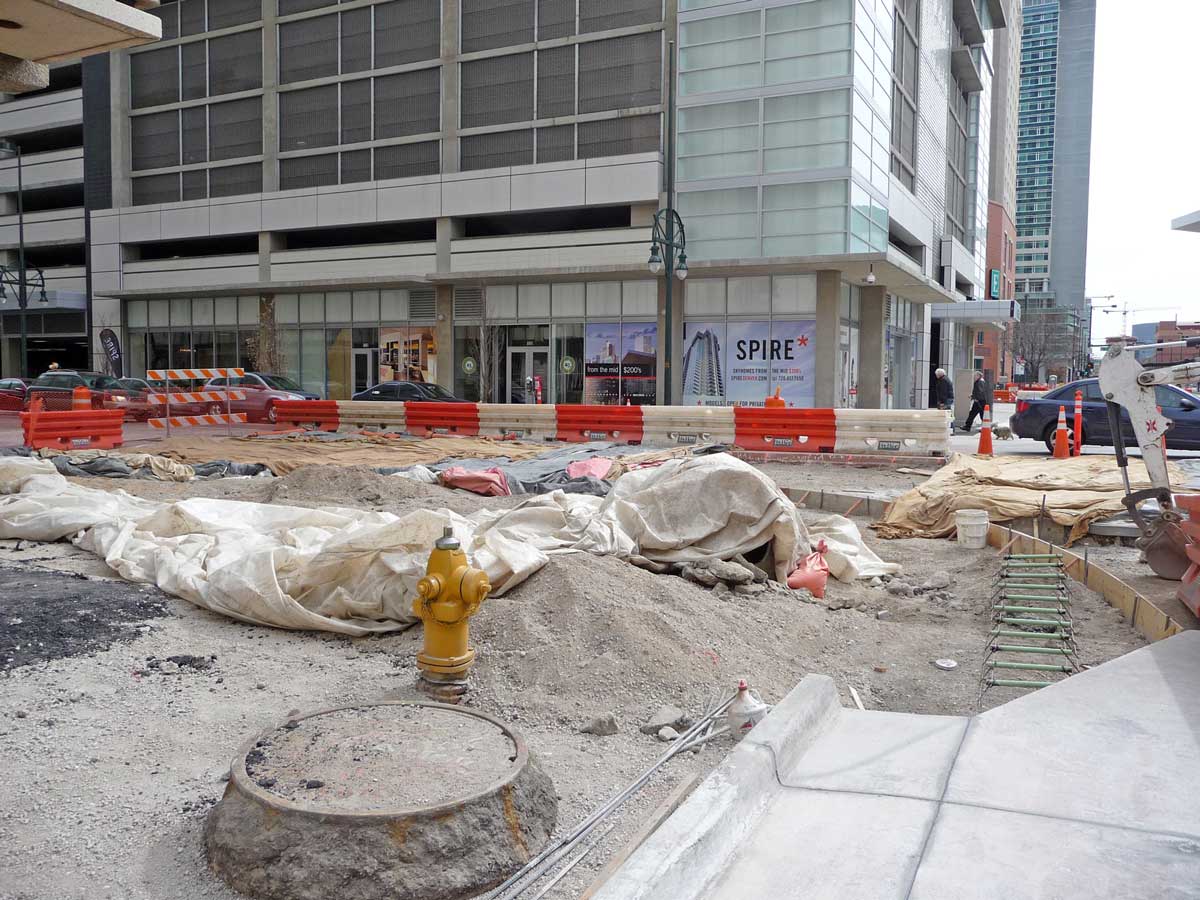 Champa to Curtis (left) and view of the intersection at Curtis showing how colored concrete is being used to define the crosswalks (right): 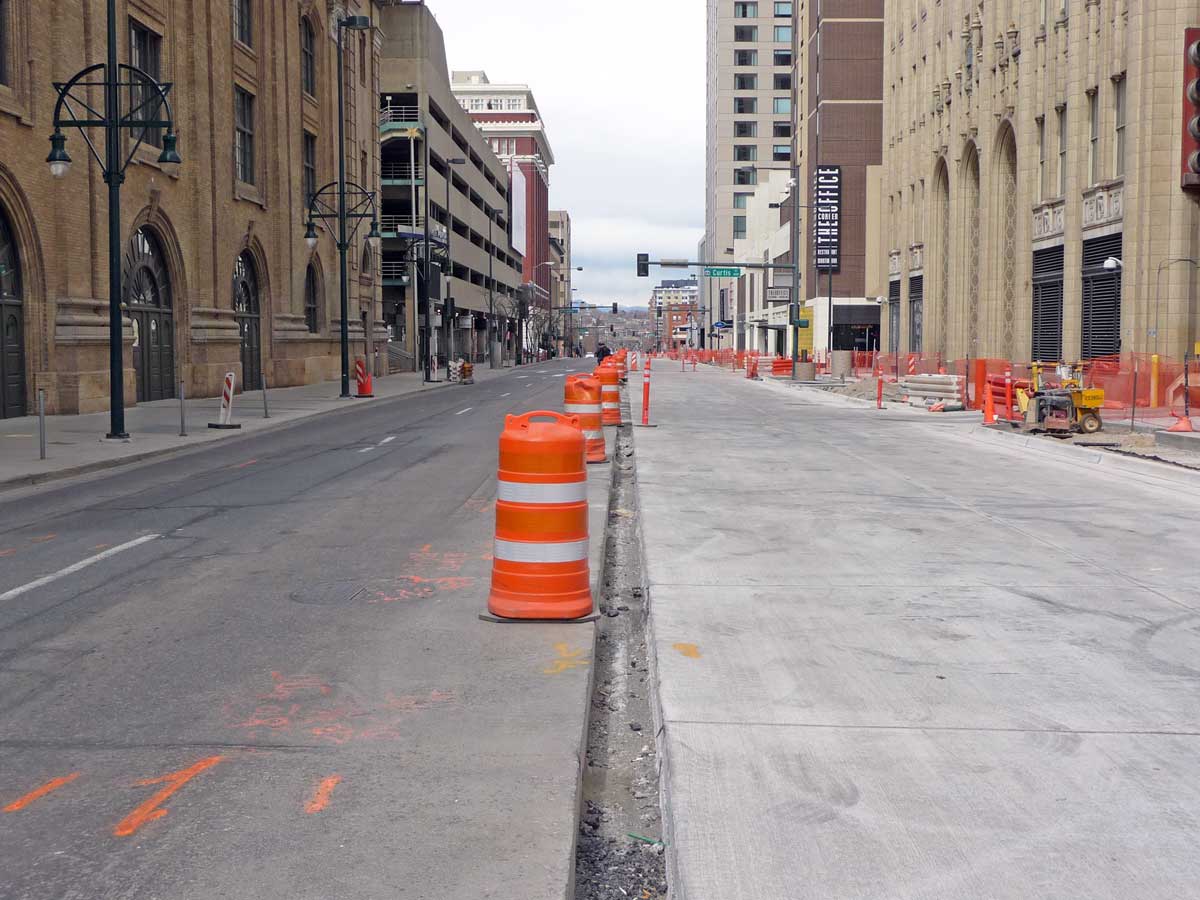 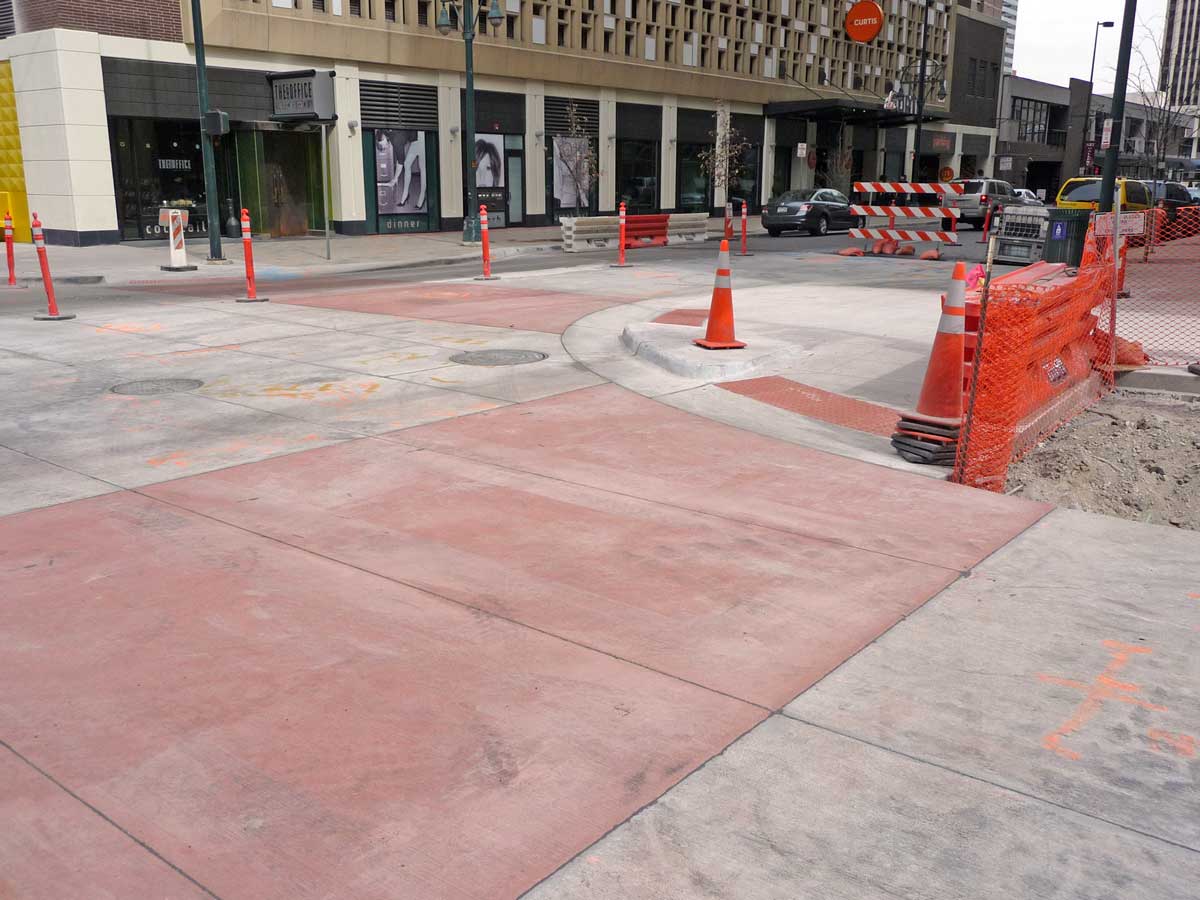 Curtis to Arapahoe (left) and view across 14th at Arapahoe (right): 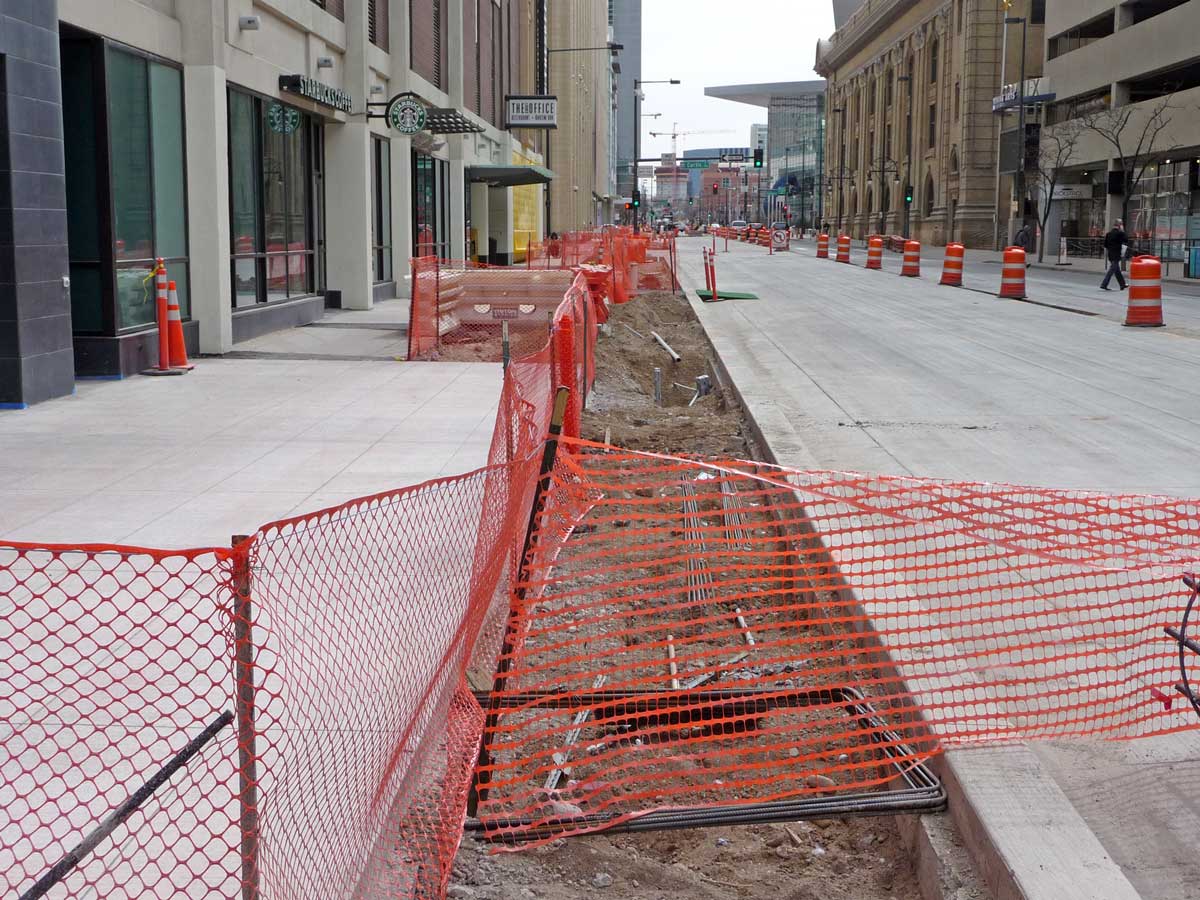 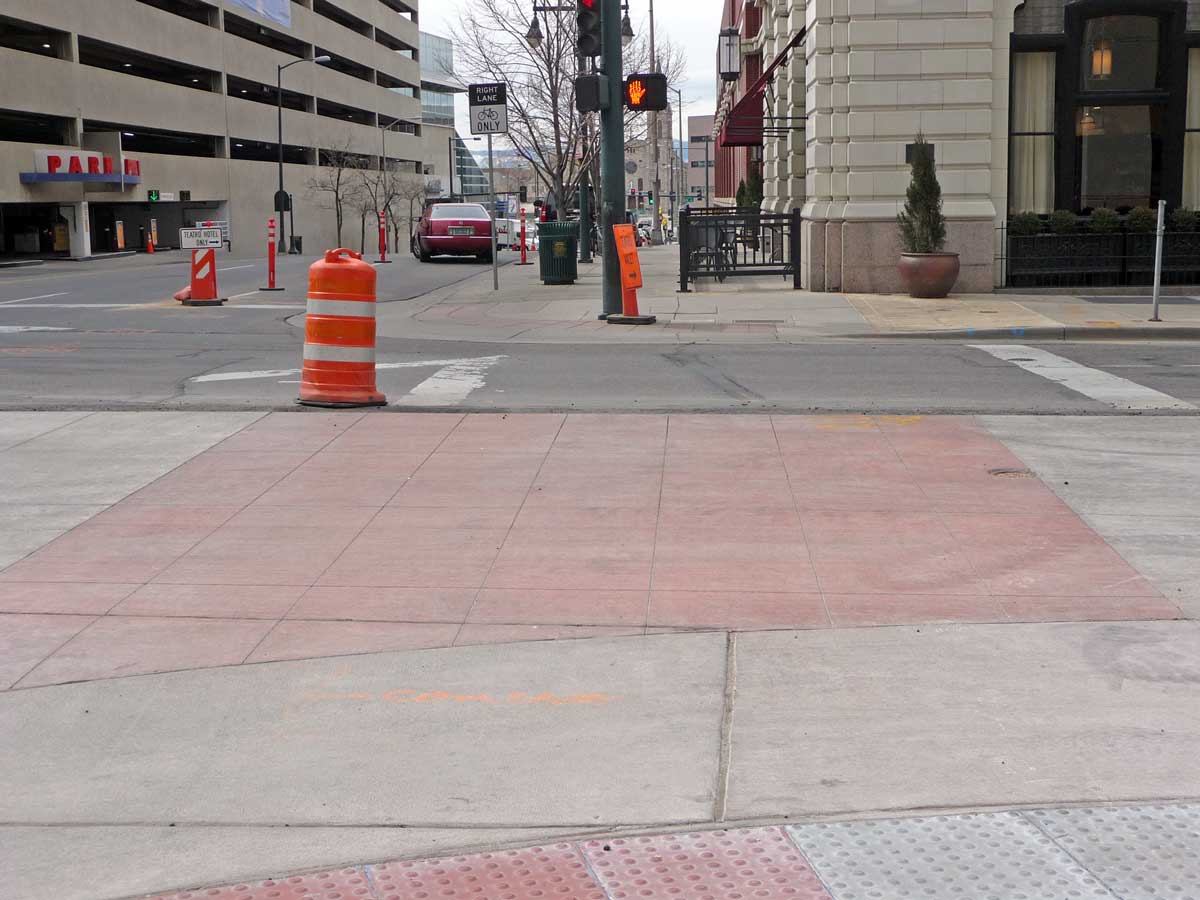 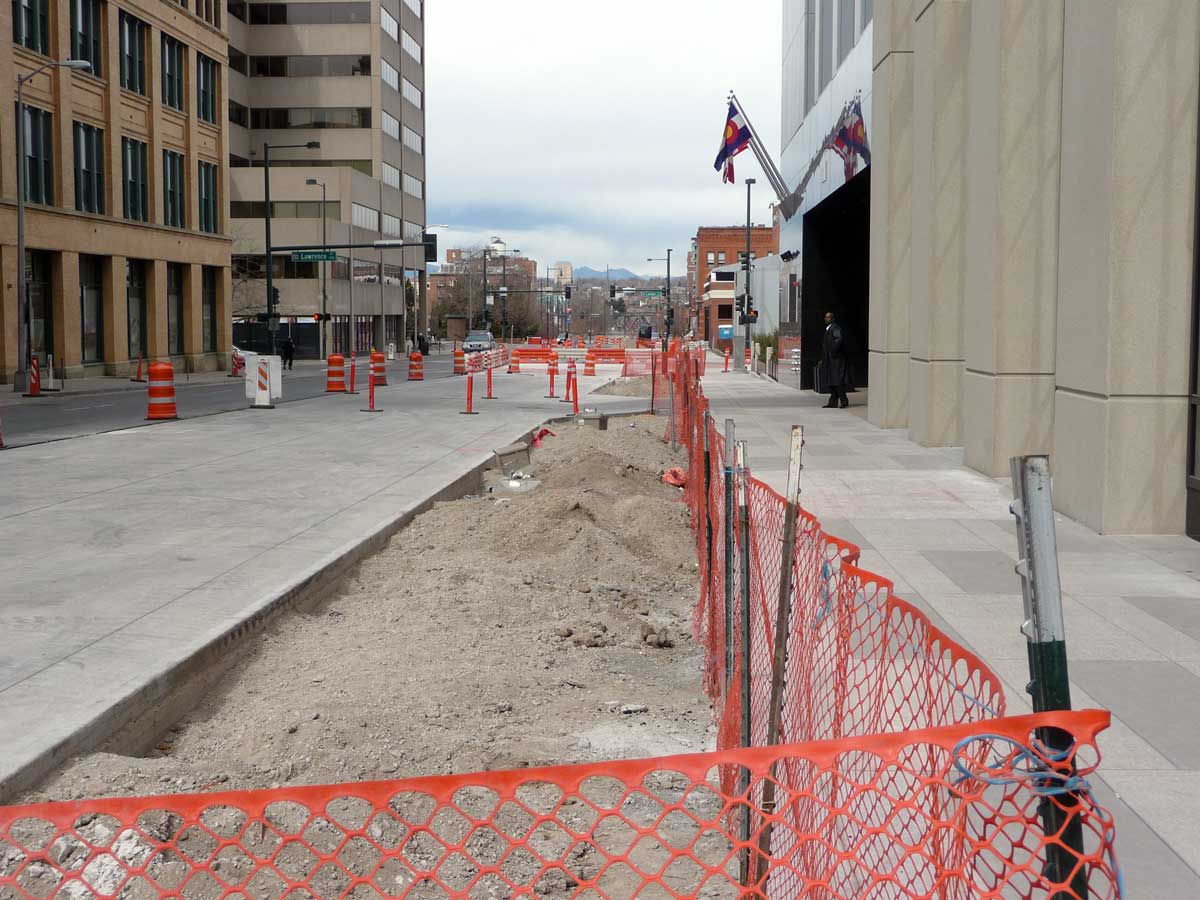 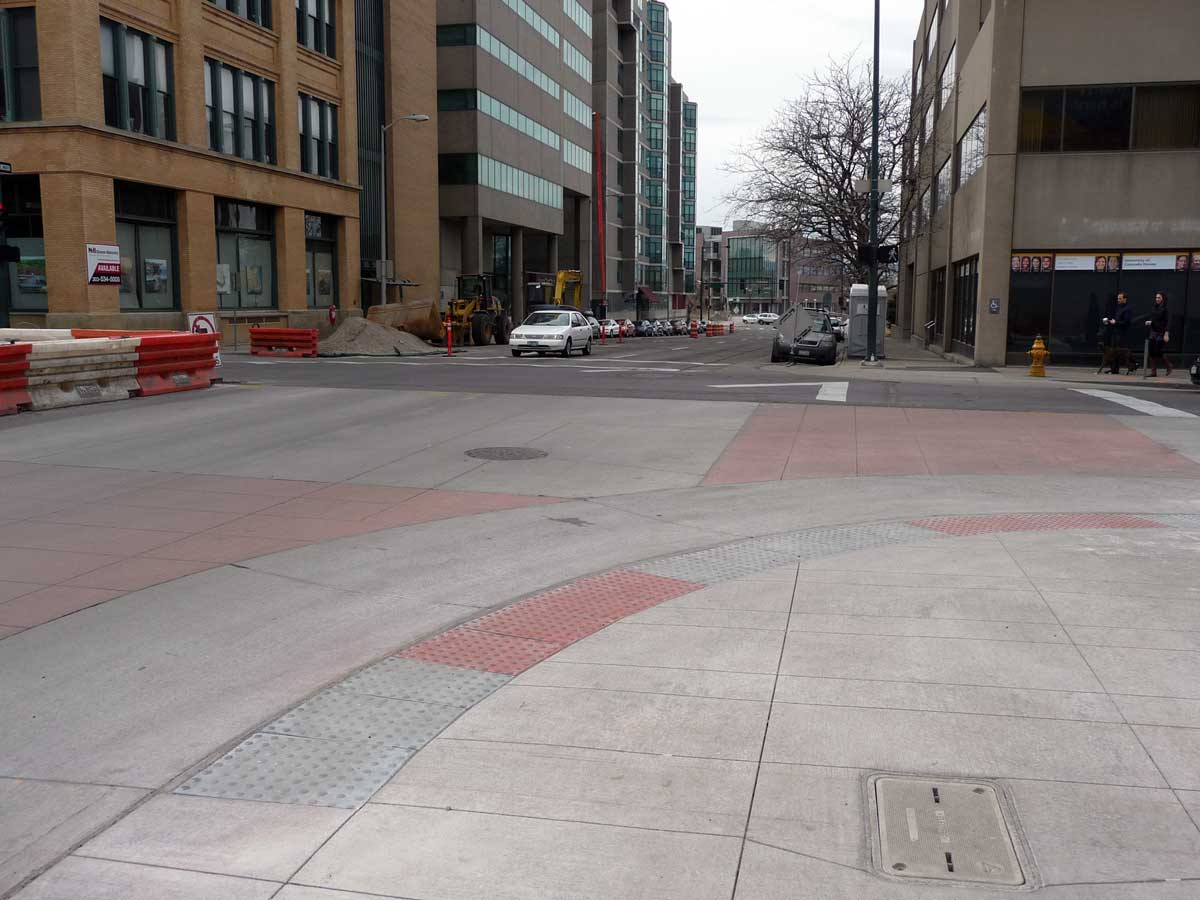 Intersection at Lawrence showing a new bulb-out (left) and Lawrence to Larimer (right): 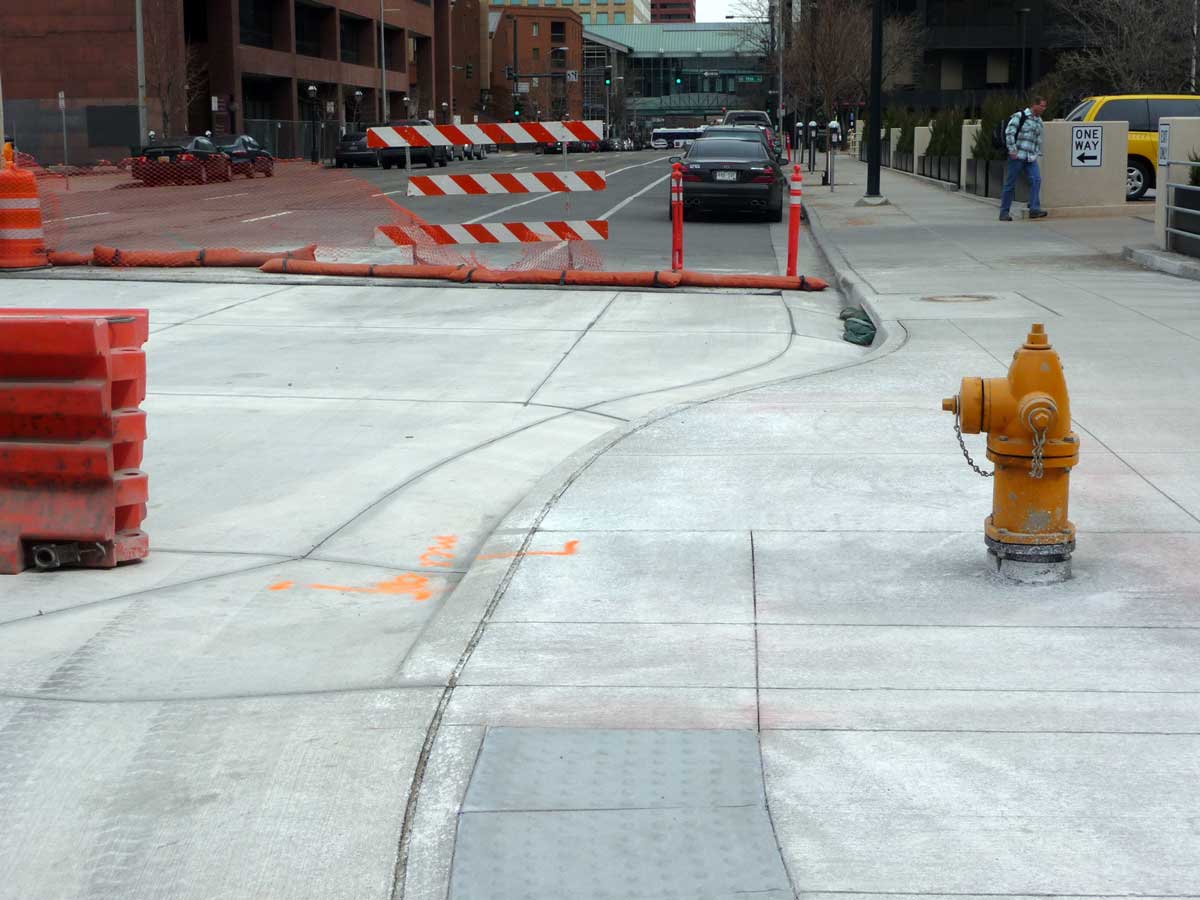 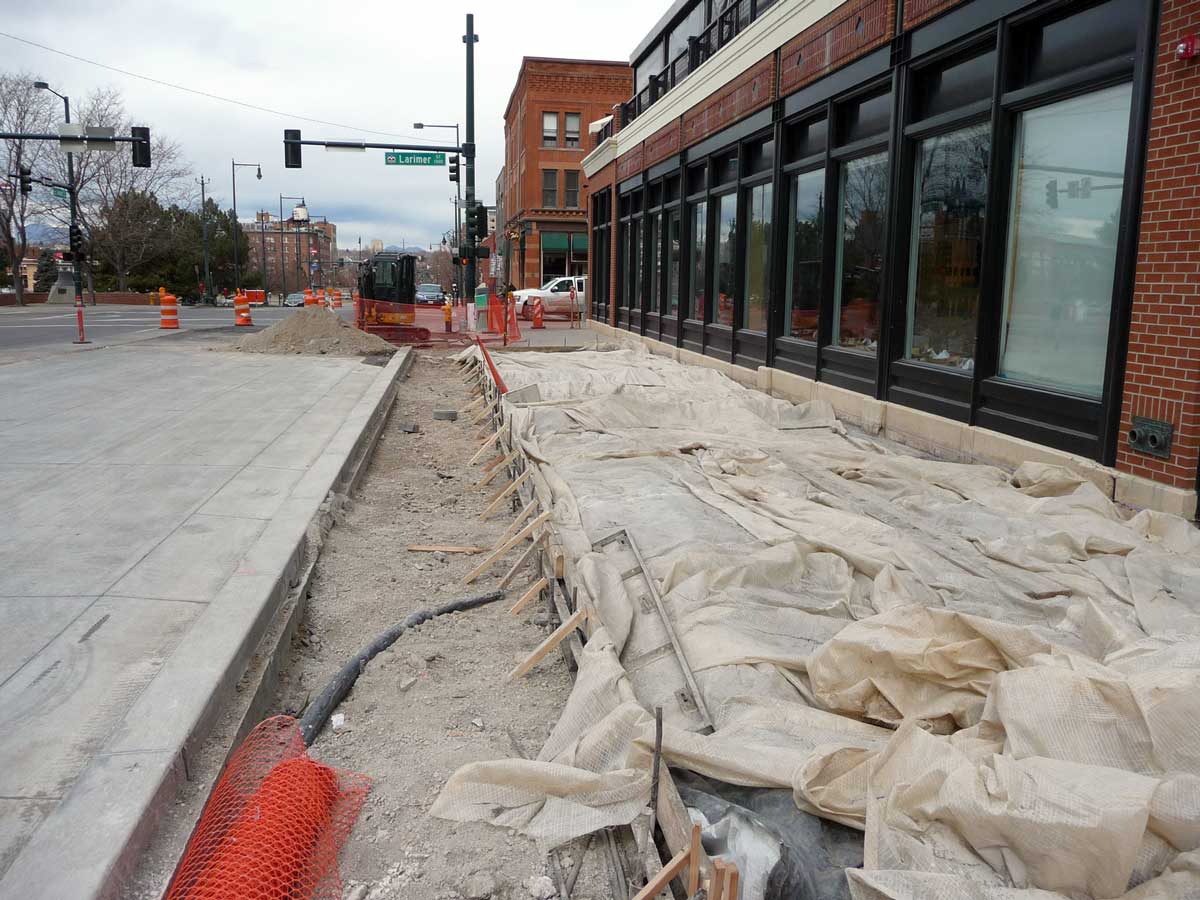 That’s it! I hope you enjoyed the tour. The 14th Street Initiative is being funded with $10 million from the Better Denver Bond program approved by voters in 2007, and with $4 million raised from property owners in the vicinity of 14th Street. The entire project should be completed this fall. I’ll do another update in a couple of months.