The transformation of the River North (RiNo) neighborhood from industrial black hole to an emerging arts district has been one of the more interesting local urban trends of late.  While both private development (the TAXI development, for instance) and public dollars (including planned streetscape improvements to Brighton Blvd.) are being invested in the area, the gritty character remains – which has to date led to a neighborhood renaissance unlike any other in town.  The determination of the community to retain its bohemian-arts quality in the face of economic growth, which typically leads to a sterilization of the “real” aspects of place, has been a key influence in the rise of RiNo. 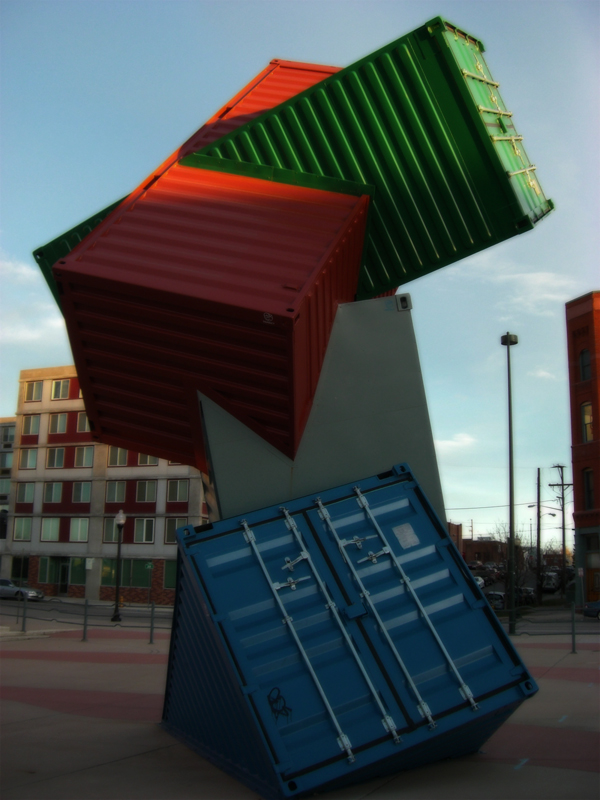 One of the more delightful aspects of RiNo’s emergence has been the integration of public art as gateway feature to the neighborhood.  Starting with the “Trade Deficit” installation by Joseph Roche in 2009 at multiple points along Broadway, which refers both to the area’s industrial history and its arts-future, sculpture has become both a literal and illusory gateway to the neighborhood.  More recently, Mike Whiting’s “Rhino” and “Pinky and Mr. Green” (also on Broadway, at Larimer and Walnut Streets) have been added to the mix – creating a whimsical transition to the neighborhood. 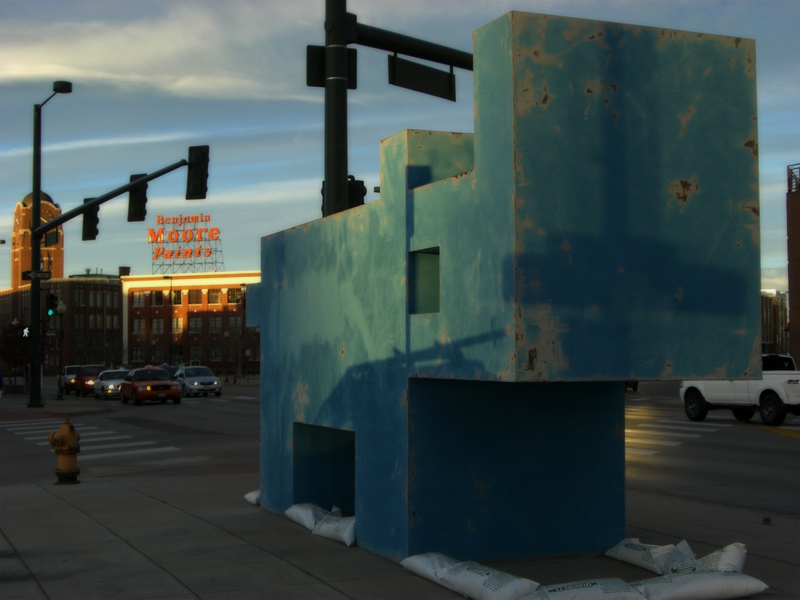 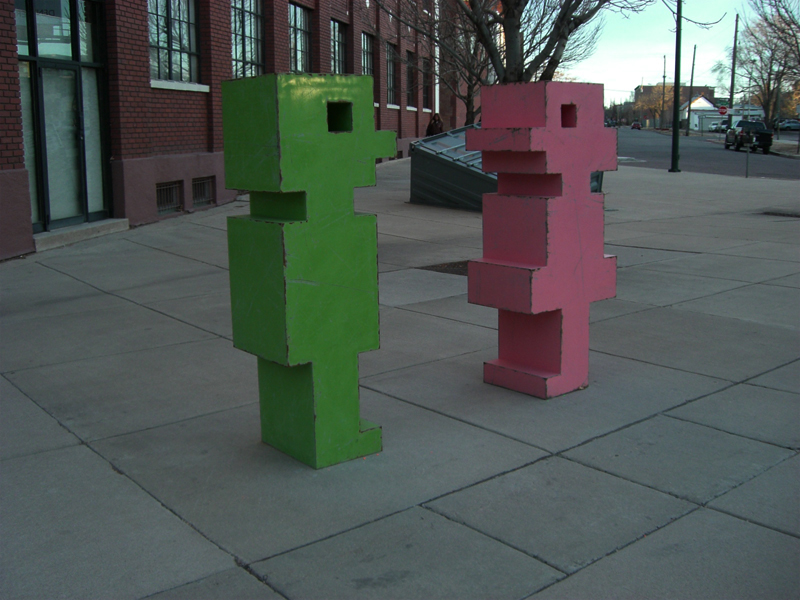 The relationship of both the media and subject matter depicted in these pieces to the context and character of the RiNo neighborhood is an intriguing example of marking perceived or real community boundaries.  Throughout our history, many Denver neighborhoods have been “defined” through the use of monuments as boundary marker, usually with the name of the ‘hood permanently etched in stone.  While there is nothing inherently wrong with this style of gateway, they do nothing to describe the history or character or quality of the place.  Perhaps the effort in RiNo to mark its gateways with elements that either conceptual or directly speak to its unique character may serve as an example to other Denver neighborhoods.